Hurricane survivors pass their grippy toes on to their offspring.
Image 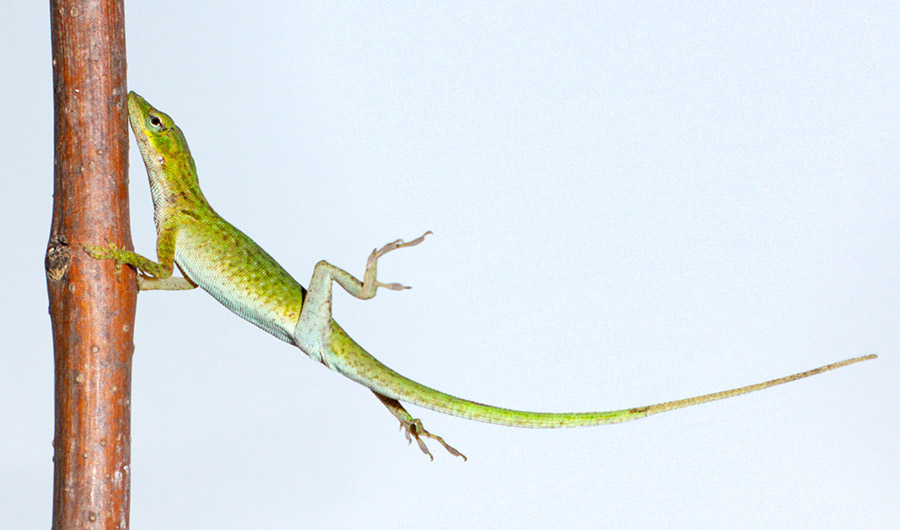 An Anolis carolinensis lizard using its strong toepads to hang on during simulated hurricane-force winds.

(Inside Science) -- Hurricanes may have triggered evolutionary changes across dozens of species of lizards in the Caribbean, helping the reptiles to hang on for their lives, a new study finds.

Donihue and his colleagues found that after the hurricanes, surviving lizards possessed large, strong-gripping toepads more often than lizards did before the hurricanes. The survivors passed on these adaptations to the next generation of lizards a year later. "Not only did hurricanes have a short-term effect, but also this transgenerational effect," he said.

To see whether this effect was unique to Turks and Caicos, the researchers then analyzed 70 years of hurricane data and photos of 188 Anolis species ranging from Florida to Brazil. They found that lizards tended to have larger toepads in areas that experienced frequent hurricanes.

Previous research suggests that hurricanes will become more severe due to climate change. Because of this, hurricanes and other extreme climate events "might have a much bigger role in shaping the evolutionary trajectories of affecting populations and species than previously appreciated," Donihue said.

Future research can investigate what costs species might incur because of larger toepads or similar adaptations to such events, he added. "We don't see lizards with snowshoe-size pads on their fingers, so there must be some trade-offs," he said.

The scientists detailed their findings online April 27 in the journal Proceedings of the National Academy of Sciences.