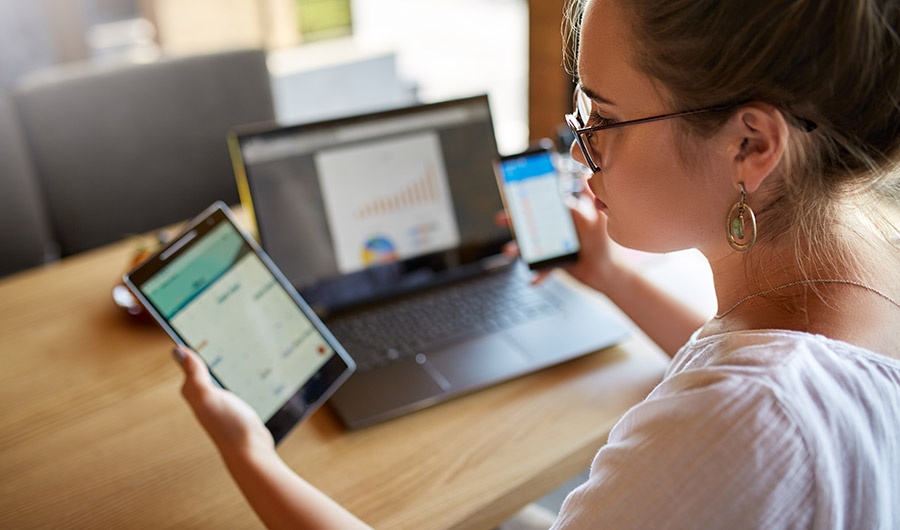 (Inside Science) -- People are multitasking, maybe more than ever before, even as research shows it’s not always healthy. A new study breaks down how adolescents experience “mixed feelings” during and after media multitasking -- that is, doing work while also doing something else, such as watching videos or texting friends.

Communications researcher Shan Xu, who is now at Texas Tech in Lubbock, researched coactivation as a graduate student at Ohio State University. She said it’s the first study of coactivation during media multitasking in daily life.

“Previous studies have looked at the consequences of multitasking or at why people multitask,” said Xu. “We wanted to provide a more nuanced understanding of the emotional experience.”

Xu and her colleagues asked 71 adolescents, aged 11-17, to self-report their media multitasking behavior over two weeks. Three times a day -- morning, noon and night -- participants answered questions about their main activities, the time spent on each activity and the number of media types they used at the same time.

A main task might be homework, chores or exercise, while examples of media include video, audio, phone calls, social media, or computer games.

Participants were also asked to describe their feelings about each main activity: Was homework, for example, rewarding, pleasant, stimulating, unpleasant, tiring, boring or difficult? For each selected emotion, they rated its strength on a scale of 1-11 (1 = not at all, 11 = completely).

In some cases, adding media to a primary task such as chores made adolescents experience more positive feelings toward that main task. Other times, the amount of brain power needed to handle so many simultaneous tasks made participants feel worse. The perceived efficiency sometimes associated with multitasking does not always match the real efficiency and the effort required can leave us feeling drained.

According to Xu, the cognitive load on the brain increases with each additional task, leading the brain to “smooth out” emotional responses to extended multitasking. As time spent on the main activity increased, both positive and negative emotions decreased.

But multitasking doesn’t exist in a vacuum. Xu also used modeling to predict how emotions felt during multitasking might influence future multitasking. Would adolescents be more or less likely to multitask in the future based on their feelings during a previous experience?

Surprisingly, only positive feelings influenced subsequent multitasking. The adolescents multitasked less in the future when their previous experience was positive, a finding Xu attributes to the unique developmental period between the ages of 11-17. The positive system is a strong behavioral motivator for adolescents because the adolescent brain can be driven by a desire for novelty, excitement and reward.

In practice, teachers and parents could curb multitasking by leveraging that need for enjoyment.

“They should design activities that let adolescents play, explore and learn so that they are gratifying that positive system,” Xu said. “When they feel stimulated and happy, they are less likely to multitask.”

But Susanne Baumgartner, a cognitive researcher at the University of Amsterdam’s Center for Research on Children, Adolescents and the Media who was not involved in the study, cautions against a wide application of these results.

“We know that this age group is sensation-seeking and more drawn to emotions in general,” Baumgartner said. “Teenagers also really like horror movies.” With a larger pool, they might find that negative emotions also affect subsequent media multitasking.

Still, she thinks tracking multitasking more naturally through daily life is important. Research carried out in laboratories may not reflect true behaviors because it often involves tasks set by scientists.

Xu likewise admits that her participants, all chosen from midwestern schools, are not necessarily representative of the broader population. Her follow-up work will expand the number and diversity of adolescents.

These results were published in the October issue of the journal Human Communication Research.