Observations of rotating galaxies could be explained without including dark matter, which may require changes to prevailing theories.
Image 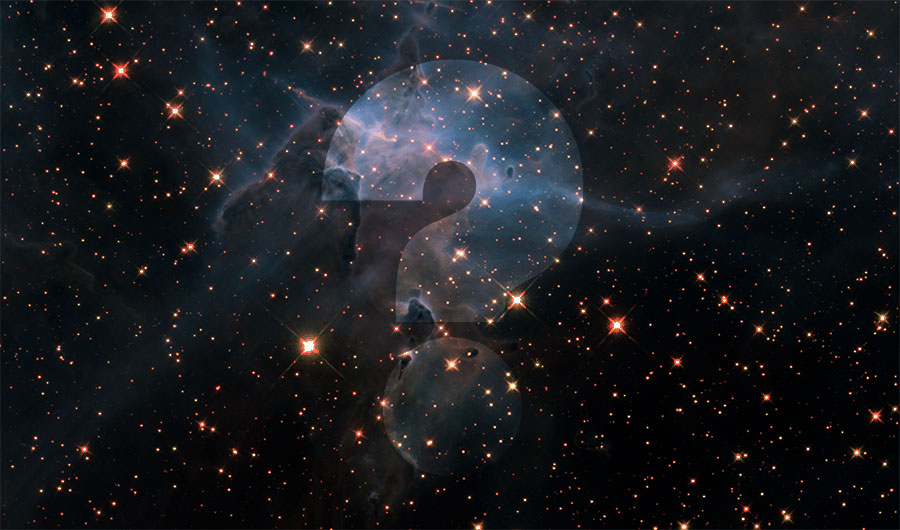 Newton's laws of motion predict that planets that revolve closer to a star move faster than those that are farther away. In principle this should also hold true for stars circling the cores of galaxies, but for nearly a century, astronomers have seen that stars near the outskirts of galaxies orbit at nearly the same velocities as ones near galactic centers.

To explain why these outlying stars travel as quickly as they do without flying out into the void beyond, researchers came up with the idea of dark matter, a substance whose gravitational pull is thought to keep whirling stars in check. Scientists have largely ruled out all known particles as possible explanations for dark matter, and the consensus is that dark matter must be a kind of invisible, intangible material that is only detectable via its gravitational influence.

However, despite decades of trying, researchers have failed to capture a single mote of dark matter, even though it is supposed to make up roughly five-sixths of all matter in the universe. This raises the possibility that dark matter might not be real.

Now researchers examining 153 galaxies find that by looking solely at where stars and gases in those galaxies are located, they could precisely predict the anomalous ways in which they moved. This may hint that dark matter is more strongly coupled to normal matter than currently thought. It could also indicate that dark matter does not exist and that another explanation is needed for the discrepancies that dark matter models were invoked to solve, said study lead author Stacy McGaugh, an astrophysicist and chair of astronomy at Case Western Reserve University in Cleveland.

Previous analyses of the orbital velocities of the stars in galaxies often depended on visible wavelengths of light. However, the stars that produce the most visible light are relatively short-lived and prone to fluctuations, and so may not provide the best picture of how matter is scattered overall throughout a galaxy.

Instead, McGaugh and his colleagues analyzed near-infrared images collected by NASA's Spitzer Space Telescope over the past five years.

"The stars that generate the most near-infrared light are red giants, that are pretty stable in their output, and so are much better representative of a galaxy's total mass of stars," McGaugh said.

The researchers found an extraordinarily close association between the location of normal matter and the way it accelerates around the centers of galaxies.

"We were surprised at how tight that relationship was," McGaugh said. "It looks tantamount to a law of nature."

This association held true for galaxies of many different kinds, ranging from giant to dwarf size, spiral to irregular shape, those with massive central bulges to ones with none at all, and those comprised of mostly stars or mostly gas.

"These galaxies are very different from one another, so finding this tight relationship is startling," said study co-author Federico Lelli, an astrophysicist also at Case Western Reserve University.

One possible explanation for this pattern suggests that at large scales, the laws of gravity are different from Einstein’s theory of general relativity. This idea, known as Modified Newtonian Dynamics (MOND), was proposed more than 30 years ago by Israeli physicist Moti Milgrom.

"It seems to work very nicely, reproducing the observations we have of galaxies," said Abraham Loeb, a theoretical astrophysicist and chair of astronomy at Harvard University in Cambridge, Massachusetts, who did not take part in this research. "The new data are exactly what MOND would have expected."

McGaugh suggested that dark matter models might be akin to epicycles -- circular paths for the sun, moon and planets that astronomers once used to support geocentrism, the outdated model where the solar system revolved around Earth.

"I worked hard for dark matter to explain what I was seeing, but every time I thought I solved the problem, it seemed like I was adding epicycles -- adding complications to a theory to explain these simple observations," he said.

However, "if you look at high-precision measurements of the large-scale structure of the universe and how the cosmos has evolved to the present day, the entire picture of cosmology all hangs together much better with dark matter than with MOND," Loeb said. "It gives us confidence that Einstein's theory of gravity works, and that nothing unusual like MOND is needed."

Right now McGaugh and his team are not backing MOND or any other interpretation of their results. For instance, they noted that other models of dark matter had the potential to explain their findings, such as one where dark matter behaves like a "superfluid" that flows without viscosity, or another where dark matter particles line themselves up in gravitational fields much as iron filings do in magnetic fields.

"Until we find dark matter, we should keep an open mind and think that everything is possible," Loeb said.

McGaugh, Lelli and their colleague James Schombert detailed their findings in a paper accepted by the journal Physical Review Letters.