(Inside Science) -- Parasites carried by mosquitoes and flies cause diseases that are seriously debilitating and often deadly for some of the most vulnerable populations in the world.

Thanks to the contributions of the three 2015 Nobel Prize laureates in physiology or medicine, those diseases are becoming more and more treatable.

Early this morning, the Nobel Prize committee announced it had awarded half of the 2015 Nobel Prize in Physiology or Medicine to William C. Campbell and Satoshi Ōmura "for their discoveries concerning a novel therapy against infections caused by roundworm parasites." The other half went to the 12th woman to win this prize, Youyou Tu, "for her discoveries concerning a novel therapy against malaria."

You can watch the announcement and press conference here:

Campbell and Ōmura focused on helminths, or parasitic worms. Diseases caused by these nasty creatures plague about one third of the world's population, with sub-Saharan Africa, South Asia and South America bearing the brunt of their effects. Two of the most debilitating of these diseases are river blindness (onchocerciasis) and elephantiasis (lymphatic filariasis).

River blindness causes a swelling of the cornea and renders many of its victims blind (as the name suggests). Lymphatic filariasis is the cause of the dreaded condition elephantiasis (lymphedema), which causes chronic swelling in the body. More than 100 million people are affected by lymphatic filariasis to varying degrees.

The research that ultimately led to this year's Nobel started with Ōmura, a microbiologist living in Japan. Ōmura identified and successfully cultured 53 strains of the Streptomyces bacteria, found in the soil, that were the most promising in fighting the bacteria behind these diseases.

Campbell, a man well-versed in parasite biology, used Ōmura's Streptomyces cultures, headed a team that identified a strain that was especially effective against the bacteria, purified it and isolated molecules called avermectins that damaged parasites. This work led to a drug called Ivermectin, which is now used in humans against parasitic worms.

And now on to malaria. Malaria is among the most common and the most deadly disease known to humans. It is carried by some types of mosquitoes and threatens 3.4 billion people worldwide. 450,000 people die every year from malaria, many of them poor and many of them children.

Youyou Tu, who led a secret Chinese team of researchers, developed a new therapy against malaria by starting with traditional herbal medicines used in China. She focused on the plant Artemisia annua, which she discovered contained a particular component that was especially effective against the malaria parasite in the early stages of its development.

Her research eventually led to a therapy called Artemisinin, which is now part of the standard treatment against malaria across the world. When used in concert with other therapies, it reduces the mortality rate of malaria by more than 20 percent overall and 30 percent in children.

The toll of malaria

It's difficult to overstate how devastating malaria can be to the many regions it strikes in the developing world.

Symptoms of malaria typically begin to manifest themselves about 8 to 25 days after an infected female mosquito bites its victim. If caught early, malaria is a rather treatable disease. However, people living the areas of the world most affected by malaria often do not have easy access to hospitals or even basic medical care.

This is not the first time an advance in malaria treatment has been recognized in a Nobel Prize. 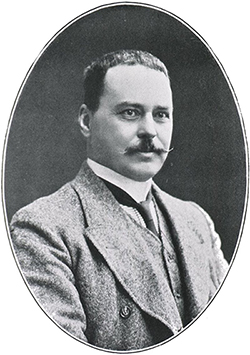 The 1902 Nobel Prize in Physiology or Medicine went to British physician Ronald Ross "for his work on malaria, by which he has shown how it enters the organism and thereby has laid the foundation for successful research on this disease and methods of combating it."

Basically, Ross was the guy who discovered mosquitoes that carried malaria and passed on the infection to humans.

Ross was a surgeon for the English army who served in India, where he carried out much of his experimental research on malaria. At the time, the disease was wreaking havoc in that country, killing about 76,000 British soldiers and 5 million Indian locals in 1987 alone. 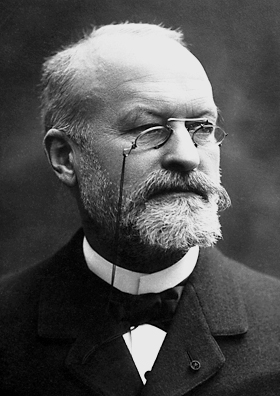 The 1907 Nobel Prize in physiology or medicine also recognized an advance in malaria research. Charles Louis Alphonse Laveran was awarded the prize "in recognition of his work on the role played by protozoa in causing diseases."

In this case, Laveran – who was a French army doctor – was the first to detect a parasite within the red blood cells of people who were infected with malaria. From this observations, he proposed that malaria was caused by the parasite.

River blindness and elephantiasis are both conditions that are chronically debilitating. Elephantiasis caused by lymphatic filariasis in particular is one of the most common disabilities in the world.

Elephantiasis affects about 120 million people worldwide in 80 countries, particularly in tropical and sub-tropical climates in Africa, India and South Asia. In some of these areas, large numbers of people will actually abandon their home because of the risk of contracting these debilitating diseases.

Ivermectin was first used to treat onchocerciasis (river blindness) in 1988. It was amazingly effective at killing the parasites causing the disease with relatively few side effects. Ivermectin is now produced by Merck & Co. Inc. under the brand name Mectizan and is made available free of charge by Merck.

A call from the Nobel Prize committee in early October can be a life-altering experience.

"It really made life virtually impossible," said Wole Soyinka, who won the Nobel Prize in Literature in 1986.

"I cried because I really felt quite frightened. I didn't know how to cope with the Nobel Peace Prize…I felt extremely overwhelmed by what was going to happen," said Mairead Corrigan, who won the 1976 Nobel Peace Prize.

This morning's reactions were similar.

Campbell was awakened a few hours ago with the news that he had won the Nobel Prize and responded as you might expect a scientist would.

"…[T]he first thing I did after that was to ask for a way to verify that this could be genuine because it just seemed impossible," said Campbell.

Campbell and Ōmura both expressed their deep gratitude for the teams they worked with.

"[It's]a great honor to have been part of this team effort," said Campbell.

This year's Nobel Prize honors research that brings medicine back to nature. In both cases, the drug therapies were developed from natural sources. For Ivermectin, it was a bacteria in Japanese soil. In the case of Artemisinin, it was a plant in China.

As amazing as these therapies are, they are not miracle drugs.

During her interview with Nobelprize.org earlier today, Tu acknowledged the growing threat of artemisinin resistance.

"It shows that as a scientific worker we need innovation spirit to find new things," said Tu.

Greatest benefit to all mankind

On a personal note, it's striking to spend a work day reading about the devastating and often tragic effects that billions of people around the world suffer from something as simple as a mosquito bite. These are often the same people who live without access to basic medical attention and clean drinking water.

The research leading to these treatments seem to perfectly fit Alfred Nobel's vision to honor advances that bring "the greatest benefit to mankind."