Our Sensitive Planet: A Look Back In Time

New study based on temperature data from the last 785,000 years reaffirms the current understanding of how greenhouse gases affect climate.
Image 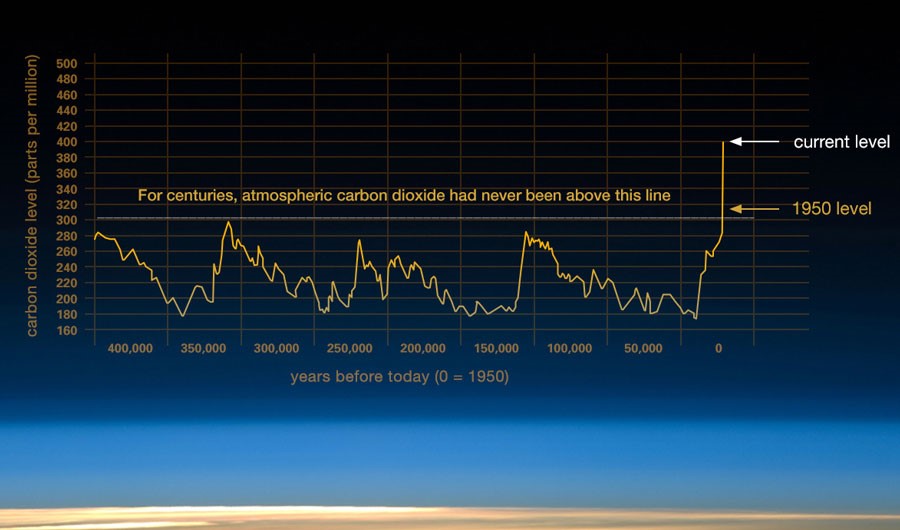 (Inside Science) -- The results of this week's election suggest that the political landscape of the U.S. is shifting further to the right and away from the current administration's attempts to mitigate greenhouse gas emissions. For instance, President-elect Trump reportedly plans for climate change skeptic Myron Ebell to lead his transition plan for the EPA.

As the rest of the world now fear that Trump will lead to undermine current and future efforts to combat climate change, such as trying to pull the U.S. out of the Paris Agreement, another study of the concept of climate sensitivity has just confirmed, once again, the current projections of the alarming rate our planet is warming.

"Climate sensitivity has been a long-standing issue in climate research. It is very important for future projections," said Andreas Schmittner, a climate scientist from Oregon State University in Corvallis, Oregon.

"Scientists are trying to reduce the uncertainty and try to improve the current estimate," he said.

Climate sensitivity is the level of response from our planet to the amount of carbon dioxide and other greenhouse gas in the atmosphere. It varies depending on the current condition of the planet. For example, as the planet grows warmer, the polar ice caps melt. As they melt, what used to be white surfaces that reflect sunlight and heat back into space are now absorbing heat, making the planet more sensitive to warming.

"There [are] a lot of processes and feedbacks that we have not fully understood. For example, the thawing of permafrost and the associated release of methane to the atmosphere. The role and effect of changes in cloud cover is also highly uncertain," said Tobias Friedrich from the University of Hawaii at Manoa in Honolulu. He is part of an international team that investigated climate sensitivity that recently published their latest findings in the journal Science Advances.

In order to circumvent the need to understand these factors one by one, scientists use climate sensitivity as a collective quantity that they can measure and use to make predictions.

To accomplish this, the authors used historic temperature data collected from sediment from the seafloors all over the world. This enabled them to reconstruct the rate of sea surface temperature changes for the last 750,000 years.

Friedrich's group found that under our current rate of carbon emission, by 2100 the global temperature will rise about 8.6 degrees F (or 4.8 degrees C). This is comparable with other models that predict similar increases ranging from 2.7 to 9 degrees F. This supports the robustness of other independent investigations done by other scientists and helps project when the effects from climate change will become devastating.

"What we projected to happen in terms of warming in the second half of this century will be unprecedented at least in the last 800,000 years," said Friedrich.

To give this some perspective, during the last ice age, the planet was about 10 degrees F cooler than it is today, and because of this temperature difference, Manhattan was under 1000 feet of ice. So what will happen if we go almost 10 degrees the other way? We don't exactly know, but it doesn't look very encouraging.

"Warming will continue even if carbon emission is set to zero today," said Schmittner. "It will slow down but will still somewhat continue because there's still this inertia of the system."

According to a paper from 2009 that focused on carbon dioxide emissions over about the past 250 years, human beings put roughly half a trillion tons of extra carbon dioxide into the atmosphere. At the current rate, that amount will reach a trillion ton in just another 20-30 years.

"Irrespective of the uncertainties [concerning climate sensitivity], we know that human induced climate change is happening at some level, and its effect such as sea level rise, ice melt, coral bleaching, ocean acidification, could be devastating," said Friedrich.

When asked if there is anything else he would like to tell the readers, Friedrich ended with this analogy.