Packing It All In For The Holidays

Packing It All In For The Holidays

Scientists see how many polyhedrons can fit into a box, much like stuffing a stocking. 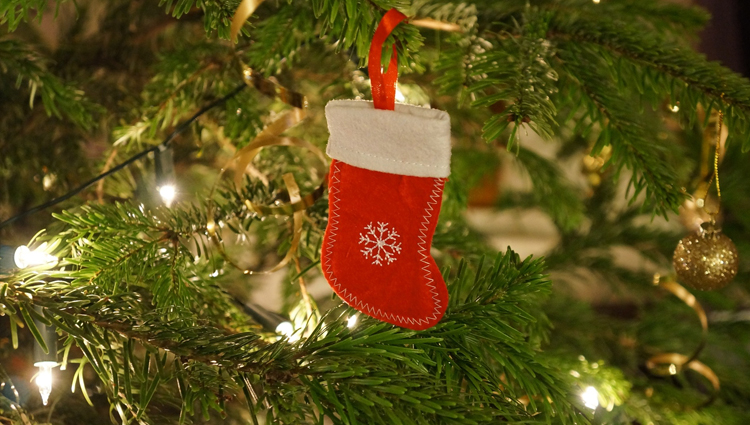 (ISNS) -- Whether it is Christmas shoppers mailing last minute gifts, or a steelyard dispatching ball bearings to factories, everyone wants to maximize the number of objects that fit into a container. Naturally the packing fraction -- the fraction of the container actually filled -- depends on the shape of the object.

Scientists conducting a new experiment hoped to find an optimal packing geometry, but instead found that the basic sphere is still the best shape for filling a given volume.

Arshad Kudrolli, a physics professor at Clark University in Worcester, Mass., is an expert on how things pack.

"Trying to pack one too many presents in the trunk of my car after shopping, or 'creating' a parking spot for my car during the holiday season are certainly times I think of packing efficiency," Kudrolli said.

Kudrolli thinks about packing at other times, too, and explains why it is important to know how particles are loaded into containers: "A large number of 'solid' products are manufactured by compacting powders into molds. A drug pill or sandstone may be familiar examples, but even iron bearings, carbide and ceramic parts are cast from powders of various kinds. The powders themselves are generally not spherical and the final manufactured solid composed of particulates is held together by friction or interlocking."

Spheres pack very well. If balls are carefully stacked, cannonball style, they can fill 74 percent of the available space in a container, such as a cylinder. If they're thrown in randomly, spheres will occupy about 64 percent. This was the number to beat. Actually, a 2003 experiment conducted at Princeton University in N.J. showed that by carefully modifying the shape of M&M's candies just a bit, a 74 percent packing fraction could be achieved.

Scientists believe that in addition to shape, friction between objects can also the reduce packing fraction. The more sides an object has, it was thought, the lower the fraction. So Kudrolli and his Clark University colleague Jessica Baker set off to measure the packing properties of five famous shapes studied since the time of the ancient Greeks, the so-called Platonic solids. These solids, named for the fourth century B.C. philosopher Plato, are those made of polygons having equally-long sides. The solids are the tetrahedron, a four-sided pyramid-shaped solid; the six-sided cube; the eight-sided polyhedron; the 12-sided dodecahedron; and the 20-sided icosohedron.

Using commercially available dice already in the Platonic shapes, Baker and Kudrolli loaded hundreds and thousands of centimeter-sized dice into a container and then noted what fraction of the container's volume was occupied by the shapes.

The machine shaking produced the best packing fraction. But the two scientists found to their surprise that the packing fractions of cubes and tetrahedrons, 64 percent, were no better than for spheres. For randomly loaded dice -- and not using any shaking to settle them -- the Platonic solids pack even more poorly. The fraction for cubes was about 54 percent while the fractions for the other shapes were not much better than 50 percent. Spheres thrown haphazardly fill up about 59 percent of space.

Troy Shinbrot of Rutgers University in N.J. is a scientist who studies how granular materials like sand and powders flow. He maintains that the flow rate for objects is just as important as packing density. Loading and packing are both critical, for example, when putting grain into a silo or a ship's hold.

Shinbrot found Kudrolli's new paper to be "aesthetically very pretty," and praised Kudrolli's research on the flow of particles. Most simulations of granular flow of things like pharmaceutical powders assume that the particles are spherical. Kudrolli's work, said Shinbrot, has helped to reveal the consequences of the particles not being true spheres. These are particularly important when flows get jammed up. "Jamming certainly depends on packing details," Shinbrot said. "So packed round particles can flow more or less smoothly, whereas packed pyramidal particles almost certainly do not. Likewise packed plate-like particles, such as coins or flat candies, slip nicely along the plane of the plates, but not in the direction perpendicular to the plane."

The Platonic packing research was published in the December 15 issue of the journal Physical Review E.