Pressurized water may cause quakes on Mars the same way fracking and wastewater injection trigger quakes on Earth.
Image 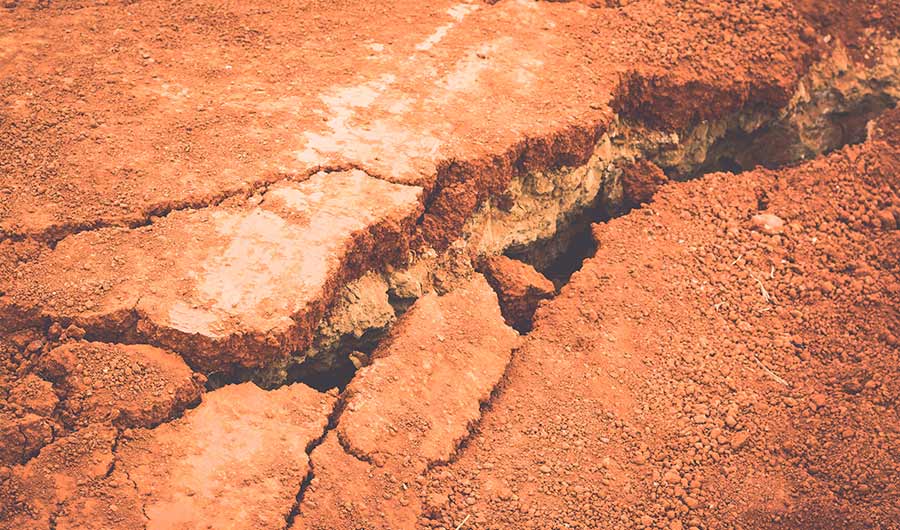 (Inside Science) -- Quakes on Mars might sometimes result from aquifers being squeezed by ice, much like how quakes on Earth have been triggered by wastewater or fracking fluid injected into the ground by the oil and gas industry.

Oil and gas companies often dispose of large volumes of wastewater by pumping it into buried rock, and previous research suggests such water can trigger earthquakes by causing faults to slip. Earthquakes can also be triggered by hydraulic fracturing, or fracking, which involves injecting water, sand and other materials under high pressures to fracture rock and help oil and natural gas flow out more easily.

Now researchers suggest that winter cold on Mars might generate "marsquakes" in much the same way. To understand how, scientists first noted that previous research suggested that liquid water might lurk right under the red planet's surface.

"There is a good evidence for past oceans on Mars,” said study lead author Michael Manga, a planetary scientist at the University of California, Berkeley. “That water may now be in aquifers."

The researchers conjectured that winter’s cold temperatures could force the top layers of this groundwater to freeze and compress any still-liquid groundwater underneath, loosening faults. Marsquakes could then be triggered either by the gravitational pulls of Mars' two moons, or changes in atmospheric pressure from the warming or cooling of Mars' thin air by the sun.

NASA's InSight lander on Mars has detected the kind of shallow marsquakes one might expect of ice-squeezed aquifers. If Manga and his colleagues are correct, InSight may detect a pattern to marsquakes that matches the behavior of the Martian moons and atmosphere, providing evidence of deep, pressurized groundwater. If these aquifers really exist, future Mars explorers could drill into them and the water would then come shooting out of the ground under its own pressure like an artesian spring, Manga said.

The scientists detailed their findings June 5 in the journal Geophysical Research Letters.