Surprisingly, it’s the trees, not the bugs, that matter.
Image 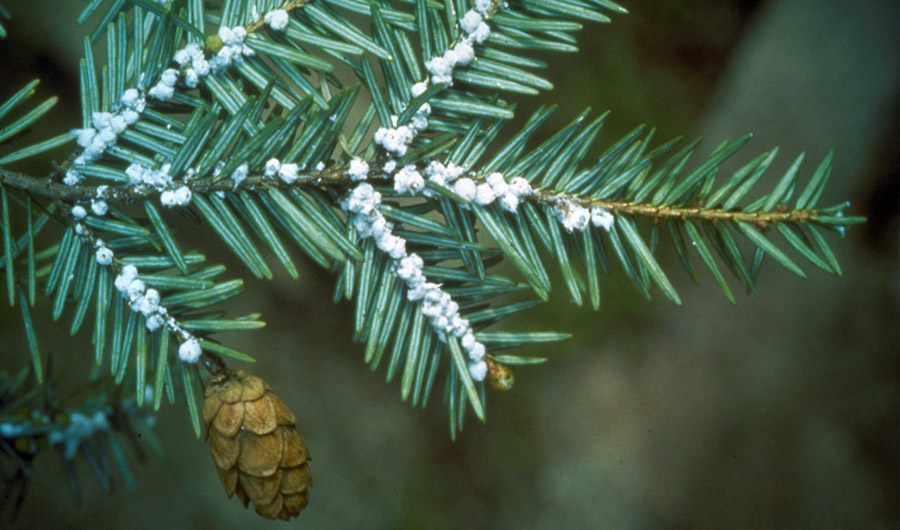 (Inside Science) -- Plagues of forest-destroying insects seem to arrive on our shores almost as regularly as ocean waves. Their names -- hemlock woolly adelgid, emerald ash borer, Asian longhorned beetle, spotted lanternfly -- only hint at the damage they trigger. The dead trees they leave behind cost billions to remove and add more than 5 million metric tons of carbon annually to the atmosphere, an amount roughly equal to the annual output of 4.4 million cars.

Yet for each major tree killer, around half a dozen foreign insects live quietly in our forests, causing few noticeable problems. A new study may help scientists pick out the future tree killers from the crowd, and it has a surprising conclusion: It’s the characteristics of the trees that insects feed on, not the insects themselves, that matter.

"It’s just the kind of research that we need," said Gary Lovett, an ecologist at the Cary Institute of Ecosystems Studies in Millbrook, New York, who was not involved in the research.

Efforts to predict invasive tree killers go back decades. But many have simply tried to determine which insects could get established in a new environment, said Nathan Havill, an entomologist with the U.S. Forest Service in Hamden, Connecticut.

Predicting which invasions will have major impacts “has been referred to as the holy grail of invasion biology,” said Angela Mech, an entomologist at Western Carolina University in Cullowhee, North Carolina.

To tackle the problem, Mech, then at the University of Washington in Seattle, Havill and other researchers constructed a database of the 58 known nonnative insects that feed on American conifers, including pines, hemlocks, spruces, and firs.

In their database, the scientists included insect traits such as how many times the species reproduces each year and whether it feeds on sap, leaves or bark. They also included the characteristics of trees, such as growth rate, habitat and how long ago they emerged as distinct species. And the researchers developed a metric to separate “high-impact” insects such as hemlock woolly adelgid from more benign ones.

The analysis revealed that the best predictor of a foreign insect’s tree-killing potential is the amount of time since the tree the insect lives on diverged from its closest ancestor in its native country. But the relationship isn’t simple: Insects living on trees that diverged long ago or very recently were much less destructive than ones that were in what Mech called a “Goldilocks time frame” of 12 million to 17 million years ago for sap feeders and 1.5 million to 5 million years ago for leaf eaters.

The existence of these time windows “was a very unique and exciting result of this that we weren’t necessarily predicting,” Havill said.

The authors believe that insects whose native and potential new host trees diverged long ago are less able to use trees encountered in their new homes as a major food source. Meanwhile, recently diverged trees are more likely to still produce defensive chemicals to fend off nonnative insects.

Two other factors also stood out. Conifers that can grow in shade but can’t handle drought are more likely to get hit with insect plagues. And trees that are already fed on by a native insect in the same genus as a foreign insect are less vulnerable to the nonnative interloper.

Using these three factors, the authors wrote that they can assign the most dangerous insects a 1-in-6.5 chance of becoming a major tree killer; the least dangerous have a less than 1-in-2,800 chance. Though the scientists haven’t yet attempted to pinpoint the most dangerous foreign insects still waiting to be introduced, some patterns are emerging. For example, many hemlocks, spruces and firs stand out for being shade-tolerant and drought-intolerant. American hemlocks and firs have already been devastated by sapsucking insects called adelgids, and the authors believe these trees could be subject to future attacks. Making more specific predictions is among the group’s plans.

The researchers “used the data we have in the best way it can be used to get at this problem,” said Lovett. But he noted that many destructive insects, such as the emerald ash borer, go after hardwood trees -- a group that includes oaks, maples and elms -- and the factors that predict the most destructive eaters of conifers may not apply to hardwoods.

Mech, Havill and their colleagues hope to report results on a companion study on hardwoods next year.

The current paper was published in Ecology and Evolution.