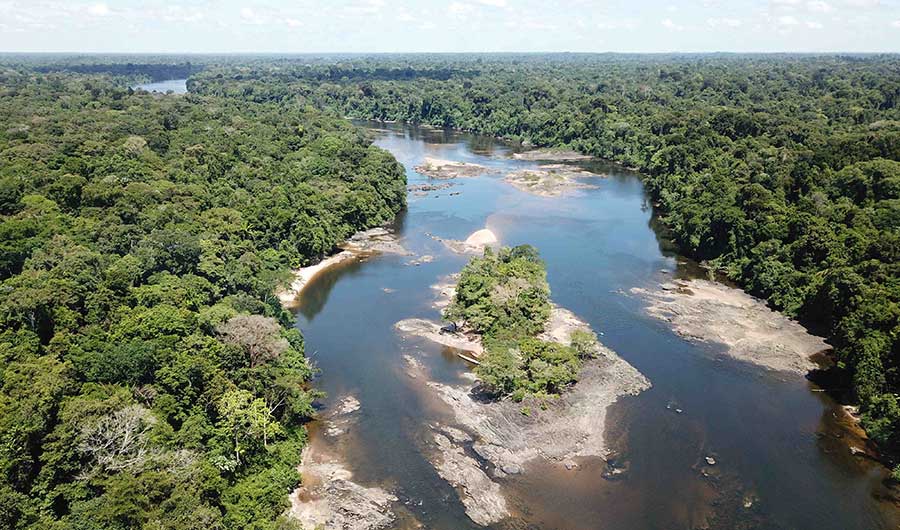 The highland regions of the Amazon are home to two species of electric eel -- Electrophorus electricus and E. voltai. A third species, E. varii, was found in lowland regions.

“The eels are quite eye-catching, they grow over eight feet long and they discharge,” said David de Santana, a zoologist at the Smithsonian Institution in Washington, D.C., and the lead author of the study published today in Nature Communications.

You could say de Santana is in the shock value business. He has traveled through the Amazon jungle to the remote Javary River near the triple border of Colombia, Peru and Brazil, and also to the Coppename River in remote parts of Suriname in search of numerous animals, including electric eels, which despite the name are technically not eels but a type of knifefish.

“It was quite an adventure always to go to those remote places in South America,” he said.

The study was part of the Smithsonian's collaboration with the University of São Paulo’s Museum of Zoology looking to discover species of electric fish in South America. This effort has taken de Santana on expeditions all over the greater Amazon region, including parts of Brazil, Colombia, Suriname, French Guiana, and Ecuador gathering specimens, tissue samples and bits of genetic material found in the water, known as environmental DNA.

“You try to get everything that you can,” he said. 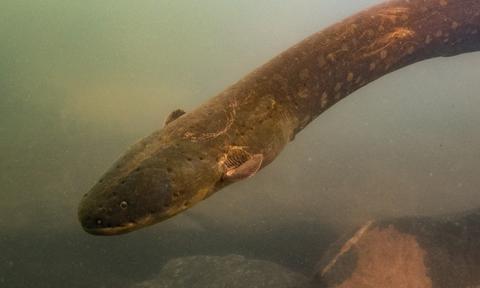 The two new species of electric eel have actually been sitting under researchers’ noses for some time, de Santana said, in museum specimens and elsewhere. De Santana had noticed some morphological differences in some of these specimens but didn’t know whether those differences could be pegged to individual variation within a single species, or if they actually represented multiple species.

The research team would use a fish detector -- essentially an underwater microphone -- to spot animals. They would listen for the single clicks eels make, then catch them by spear fishing or using nets. When the water was murky, they would wait until the eels came up for air every 15 to 20 minutes -- electric eels don’t get enough oxygen in slow-moving water. He was shocked more than a few times, even though he used rubber gloves. He said that sweat on his hands would mean that a current could develop.

“You have muscle contractions and some numbness,” he said, adding that it wasn’t that bad if you were out of the water, though he also compared it to a Taser.

The researchers gathered a number of tissue samples from eels. DNA testing showed that the Amazon's electric eels were not one, but three species.

The other newly described species, Electrophorus varii, is found mostly in murky, slow-moving lowland waters and is much more widely dispersed in South America.

All three species are about the same size, but de Santana said that their respective head shapes and pectoral are a little different.

James Albert, an ecologist at the University of Louisiana at Lafayette who was not involved in de Santana’s study, said that the study brings important attention to fish in the Amazon, especially as they are suffering from the impacts of dams, with more planned projects on the way.

“It illustrates a much larger and more important scientific enterprise, which is the diversity of the Amazon,” he said. “The Amazon has so much diversity that when you dive in and put time and resources into exploring a group, you’re going to find all sorts of new things.”

He noted, however, that the researchers may have made some mistakes or omissions in their paper. One example is that E. varii may have already been described in 1941 under another name, Electrophorus Multivalvulus, based on a single locality in Peru. But it’s unclear whether it’s the same species or whether this means there are four species of electric eels.

He also found some possible errors in the ages and evolutionary relationships proposed by the authors. “I have a hard time being enthusiastic about a paper I would have loved to have loved,” Albert said.

In tests, de Santana's team found that E. voltaic's strongest shock reached 860 volts, while the other two produced discharges up to 650 volts.

“This business about finding a stronger discharge is cool,” Albert said.

De Santana believes that there are still more eel species to be found in remote, unexplored regions of South America. He and his colleagues have obtained tissue samples from more remote areas, but they have yet to test them.

“The research is still going on. We are still trying to find more new species,” he said.