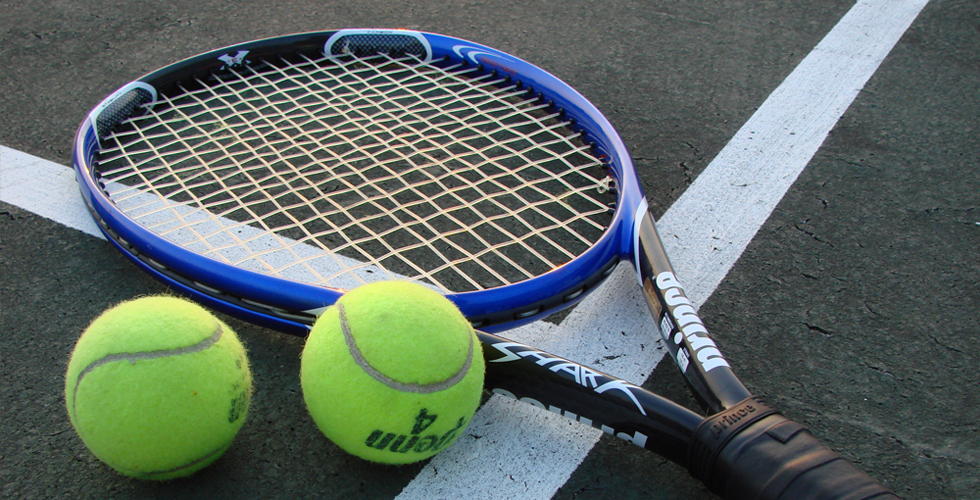 (Inside Science) -- Every tennis racket swung by the pros at Wimbledon has a "sweet spot" -- a point on its face between the middle and tip that propels the ball with more power and less vibration to the hands. Physicists have now revealed this spot by blasting a racket with sound and watching its vibrations with lasers.

Like the surface of a drum, the face of a tennis racket vibrates when struck in patterns that cause different parts of the string to vibrate with different intensities. For years, tennis manufacturers have claimed that a specific area within these patterns -- the "node" where vibrations are minimized -- is ideal for striking the ball. To answer the controversy about where this sweet spot lies, physicists in past experiments have tossed balls against rackets and measured the forces and vibrations transferred to the handle

Now Nicholas Timme of Illinois Wesleyan University in Bloomington has developed a way to directly visualize the sweet spot using lasers. He bolted a Pro-Kennex Reach Precept 100 racket to a frame and blasted it with different pitches of sound. Each of these sounds set the strings to vibrating at a different speed or frequency -- from 67 times per second to 1,270 times per second. Timme watched the patterns created by each frequency of sound by bouncing lasers off of the vibrating strings.

"When the ball comes in, and you hit the ball with the racket, depending on where and at what angle the ball hits, you get a wide variety of all of these modes [patterns of vibration]," said Timme.

In the latest issue of the Journal of the Acoustical Society of America, he compared the patterns created by each sound and found that their nodes tended to line up in one spot -- the center of the racket. This was especially true for the five slowest speeds of string vibration, thought by Timme to have the most impact on the energy imparted to the ball during the five milliseconds it spends in contact with the strings.

But Rod Cross, a physicist who has calculated the sweet spots of tennis rackets at the University of Sydney, Australia, is not convinced. "The problem is, they studied the vibrations under conditions that are not relevant to players," he said. "They clamped the handle, and they didn't hit the racket with a tennis ball," said Cross.

Other pieces of sports equipment also have sweet spots -- like baseball bats. In fact, bat manufacturers specifically design them to have one node near the end and one node at the handle, so that the vibrations caused by hitting the ball do not pass down to the hands.