Why Are Alligator Bites on the Rise in Florida?

Alligators and Floridians have been clashing more often, and research suggests the growing human population is the cause.
Image 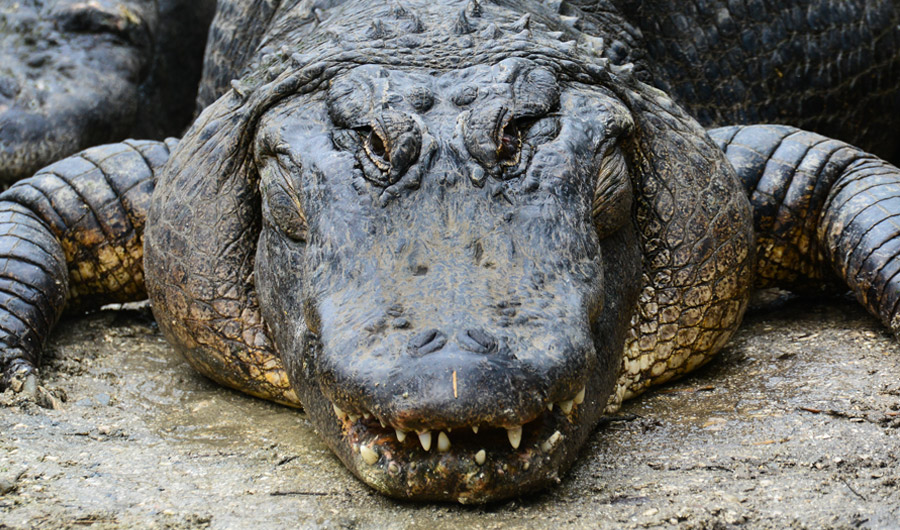 (Inside Science) -- Humans live virtually cheek-by-snout with alligators across much of the southeastern United States. And while encounters between the two species are usually peaceful, they occasionally end in tragedy, as today's deadly alligator attack in South Carolina illustrates. In the nearby state of Florida, gator bites have been on the rise, increasing from an average of just one every three years between 1988 and 1999 to about seven per year between 2000 and 2016.

Researchers at the University of North Florida in Jacksonville are working to make sense of this increase. The scientists examined temperature, rainfall, and alligator and human populations in Florida over the past several decades.

Alligators are cold-blooded, so they could theoretically be more active -- and therefore more dangerous -- in a warming climate. But while a few subtle patterns emerged at certain times of year, the overall effect of temperature appeared to be minor, said Adam Rosenblatt, an ecologist who conducted the research with undergraduate student Morgan Golden-Ebanks.

Rain could also theoretically lead to more bites, since alligators roam more widely as water levels rise. But the researchers found no evidence that rain was to blame.

Next, the researchers looked at alligator population surveys conducted by the state government, which Rosenblatt cautioned provide only limited snapshots of the total number of alligators in the state. The surveys showed how alligators recovered from near-extinction during the mid-20th century, then remained largely stable after the late 1980s.

Larger alligator populations were associated with slight bumps in alligator-human conflict, said Rosenblatt. But the effect was swamped by that of Florida's human population, which grew from about 13 million in the late 1980s to more than 20 million today.

"Across all of these analyses, the most reliable predictor of human-alligator conflict is the human population size," said Rosenblatt. He presented the findings on Aug. 8 at the Ecological Society of America meeting in New Orleans.

Despite the increase in alligator-human conflict, Floridians aren't overly concerned, said Rosenblatt. Bites are still very rare, and only 18 incidents in Florida since 1988 have been fatal.

And human population can't be the only factor at play, since the counties with the most bites aren't always the ones with the most people. For example, hardly anyone gets bitten by alligators in Miami, even though Miami county is the most populous county in Florida. Rosenblatt suspects it also matters how ponds and patches of habitat are distributed -- either off in protected areas, or in cities where people are likely to encounter a pond's denizens.