The so-called "five-year rule" of exceptional Bordeaux vintages could indicate a shift in climate patterns. 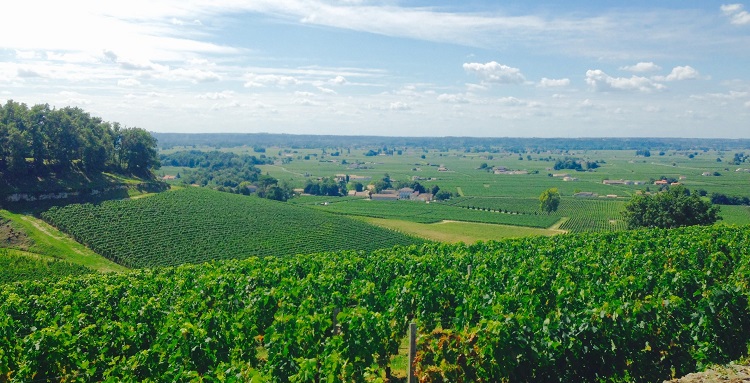 (Inside Science) -- There's a rumor making its way through the grapevine in southwest France. According to the tale, an outstanding -- and potentially more profitable -- vintage comes along every five years.

Tim Sykes, chief buyer of Bordeaux wines for the UK's Wine Society, said that the phenomenon seems to have held true nearly every half decade since 1975.

"There is no doubt that years ending in fives and zeros tend to be good vintages," said Sykes.

Climatologists and viticulture experts haven't found any recurring 5-year weather pattern like El Niño that could explain such a pattern. Gregory Jones, a climatologist specializing in viticulture at Southern Oregon University who has studied the so-called five-year rule in Bordeaux, said it's simply a coincidence. There's no scientific reason why the next vintage won't be in 4 or 6 years' time.

While the 5-year rule should not be taken literally, Jones does believe that it contains a kernel of truth. It acknowledges that the good times are more frequent than they once were, he said. And he thinks he knows why: Climate change has pulled the good years closer together, he said.

"Fifty to 100 years ago it would probably have been called a 10-year rule," he said. "Things are getting better in Bordeaux."

A good vintage starts with the grapes.

The weather in the late spring and early summer, when the vines are flowering, was also advantageous.

"The grapes set during the flowering, which determines how consistent the bunches will be," said Sykes. "This year all the bunches look a similar size with a similar number of grapes."

Bordeaux isn't always so lucky. The region is close to the Atlantic, which makes weather conditions vary year to year in terms of airflow, temperature and precipitation.

"That's why they have really good years and some bad years," said Thomas Henick-Kling, the director of viticulture and enology at Washington State University's Wine Science Center. He added that wineries along the west coast of the Americas don't tend to have as many ups and downs because they are sheltered by mountains and irrigated by human-made systems.

The variability in weather conditions that influence the quality of a wine was even greater in Bordeaux's past. But the temperatures in this part of France are now more favorable for a high quality vintage.

"The good years are getting closer and closer," said Jones, "There's clearly a better climate."

A report on the French climate published by the U.K.'s Met Office agrees with Jones. It says precipitation has decreased throughout the country, but more so near Bordeaux. This trend is expected to continue with a projected drop that could eventually mean a decline of up to 20 percent in the Southwest in future years. Average temperatures since 1960 have also consistently warmed in summer months at a rate of 0.35 degrees Celsius per decade, according to the report.

All of this means that conditions are consistently warmer and less wet than they were in the 1960s, making good years a more frequent occurrence.

Bordeaux's gain is unfortunately a loss for vineyards elsewhere.

"The more immediate losers are the warmer regions," said Jones, "They could potentially lose an industry unless we find a way to adapt to rising temperatures." Jones added that he expects vines, which are genetically modified to tolerate higher temperatures and droughts could come to the rescue for winemakers in the south of Spain, for example.

The grape crop of 2015 will be harvested in the coming weeks and vineyard owners in the Bordeaux region remain cautiously convinced that the tenet could persevere once more.

When asked whether wine tasters are convincing themselves in an Emperor's New Clothes way that 2015 is going to be a good year, Sykes was adamant in his reply. "There's no truth to that. People can tell very easily," he said, "You can't talk yourself into a good vintage."

Sykes just returned from a scouting mission in Bordeaux, where he inspected the condition of the grapes before they're picked. Based on what he saw, Sykes predicts that the 2015 vintage is unlikely to disappoint.

The only thing that could scupper this year's vintage would be a significant amount of rain in the southwest of France in the days before the harvest.

"If that happened, the grapes could swell with water and dilute the good stuff," warned Sykes, "If you've got moisture on the grapes you also further dilute the wine."

He'll go to the region again to taste the new wine in the spring of 2016 before deciding how much of it to buy.

In the meantime, Bordeaux's vineyards, bottlers, barrel makers and wine merchants are getting ready to raise a glass to their increasing fortunes. Following the less than spectacular vintages of late, said Sykes, there's a feeling of relief more than anything that this year's fruit is full of promise.

Severe Marine Heat Waves Linked to Human-Caused Warming
Infographic: How a Geiger Counter Works
Tumors Under Physical Stress Inside the Body May Not Respond as Well to Chemotherapy
This Long-Tailed Bird Makes Sounds With Its Feathers in Different Accents
Jeweled Orb-Web Spiders Mimic Flowers to Catch Pollinating Insects
END_OF_DOCUMENT_TOKEN_TO_BE_REPLACED