The Physics of Butterfly Flight

Wondrous insights about how butterflies use their wings.
Creature
Jayde Lovell, Contributor

(Inside Science TV) -- If you have ever heard someone mention The Butterfly Effect, the analogy that the wind from a butterfly's wings or any other tiny variations can cause huge weather effects somewhere else in the world, it may make you wonder, how do butterflies make all that wind in the first place?

Butterflies are totally the dancing queens of the animal world! They have huge wings for their tiny bodies. Their wings are way bigger than many other insects of the same weight. And new research shows butterflies don’t even need all of that wingspan -- their wings are so massive they can fly even with half their wing cut off.

So how does an insect that is huge, brightly colored, and extremely visible, avoid getting eaten by predators?

Well, those massive wings are the answer!

Because the size of the wings are so big, they make it easier for the whole insect to maneuver.  A butterfly's huge wings are like having a massive rudder on the back a ship -- the bigger the rudder, the faster the ship can turn. If you have a little rudder, you can-t turn as fast.

If you've ever tried to catch a butterfly, you'll see that those suckers are tricky!

Butterflies also use their wings to make an erratic fluttering pattern -- which is unique to butterflies -- and very hard for predators to predict.  Rather than flapping their wings up and down like birds (who fall victim to hungry predators all the time!), butterflies contract their bodies making a figure-8 pattern with their wings. As the butterfly's body contracts, the motion pushes air under their wings, effectively helping it "swim" through the air.

Bec Susan Gill is the Creative Director & Producer of Did Someone Say Science? Her journalistic and creative work has been commissioned by NewsCorp, Coca Cola, Burger King, YouTube, Facebook, and Nike, amongst others. Her videos have won numerous awards, including the 2014 PR Award. 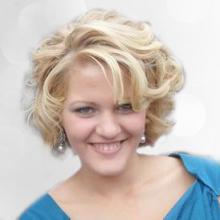