(Inside Science) -- Every year, as winter closes in, transportation authorities prepare to deploy their vast stockpiles of salt and sand to keep the roads and highways safe and ice-free for drivers.

In the United States, roughly 18 million metric tons of road salt are spread on the roads each year, with another 5 million used in Canada. In Minnesota, nine tons of salt are applied per lane mile each winter – meaning a single mile of a four-lane highway gets 36 tons of salt dumped on it each year.

But all that salt does not just disappear along with the ice in the spring; it sticks around, and can have major effects on the surrounding ecosystems and even drinking water.

As the salt dissolves and runs into local streams it makes them saltier and disrupts the creatures that live there.

"Any increase in saltiness in a freshwater ecosystem will change the types of microorganisms and plants that can live there," said Fraser Shilling, co-director of the Road Ecology Center at the University of California, Davis. "They either die or migrate away from the area."

One 2010 study in the Canadian city of Pickering, on the north shore of Lake Ontario, found that around half of the 7,600 tons of salt spread on the roads there each year seeps into the groundwater and local streams, or washes into nearby Frenchman’s Bay. The bay becomes more than twice as salty as the rest of the lake, nearly wiping out its fish populations. The effect is permanent and non-reversible.

"These salts are persistent, they get diluted but they will sit there for geological time," said Shilling.

The salt can also harm land animals and birds, added Shilling. Birds will often eat pieces of rock salt to use as gizzard stones, which help to grind food in their gastrointestinal tracts, and end up dying of salt overdose. Animals like deer will use the roads like giant salt licks, putting them at risk of collisions with vehicles. The corrosive effects of road salt can also damage the vehicles that drive on the roads and the roads and guardrails themselves.

All of these issues have researchers and transportation authorities searching for ways to reduce the use of salt, or develop alternative de-icers. Several North American cities, including Toronto, use beet juice, and in Wisconsin cheese brine is added to the salt. These additives don’t eliminate the need for salt, but they mean less is needed to achieve the same result, said Xianming Shi, assistant director of the Center for Environmentally Sustainable Transportation in Cold Climates at Washington State University in Pullman.

Shi has been working with Alaska’s Department of Transportation to develop a brine additive based on the barley waste from local vodka distilleries, and in Washington he is working on concoctions that use waste from biodiesel production and wineries.

"We always try to use locally available options," said Shi. "If it has to be transported long distances it's no longer green." Plus, waste products are usually free.

These additives help reduce the amount of salt needed in several different ways. They help it stick to the pavement, so less bounces off the road as it is spread.  The organic molecules in the additives also become incorporated into the ice crystals, reducing the freezing point and making the ice weaker and easier to break up and remove.

Other alternatives involve forgoing salt altogether in favor of dark-colored grit or crushed rock, which can act as an abrasive to give better traction on ice, and absorb heat from the sun to help melt it faster.

But all of these options have drawbacks. The organic compounds from the vegetable-based brines can boost the nutrient content of local waterways and cause blooms of algae, says Shilling, which could disrupt local ecosystems. And Shi said it is difficult to get the particle size right for grit -- too big and they can damage cars, but too small and they can blow away and increase air pollution.

In the end, experts indicate, there will always be a trade-off between damage to the environment, and the ability to drive safely year-round.

"Road salt is a necessary evil to continue using the extensive road system in the winter," Shilling said. "We’re going to continue affecting the ecosystem, but that's our choice until we come up with another transportation system." 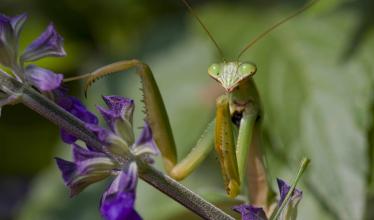 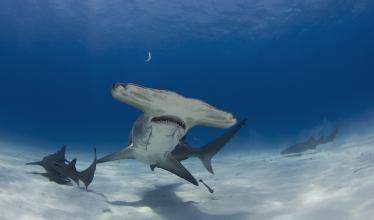 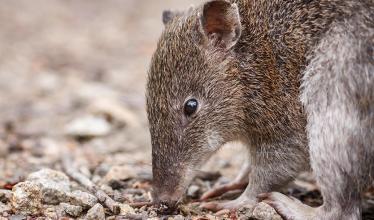 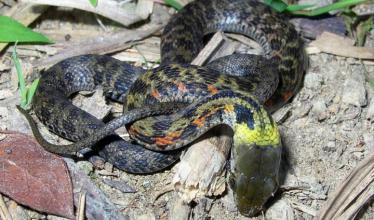