Archaeologists Find Evidence of the Iron Age Siege of Jerusalem 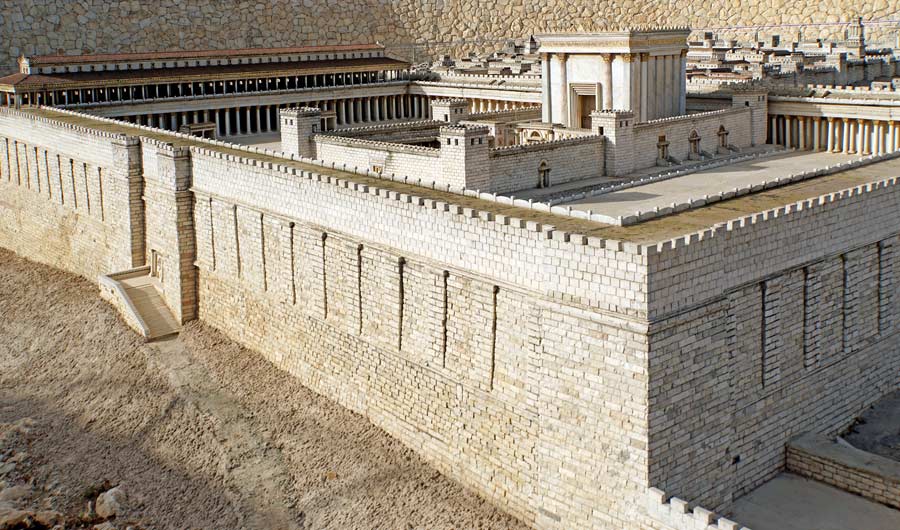 (Inside Science) -- In the 6th century B.C., the Babylonian king Nebuchadnezzar II, fearful that the Egyptians would cut off the Babylonian trade routes to the eastern Mediterranean region known as the Levant, invaded and laid siege to Jerusalem to block them. His army destroyed the temple the Hebrew king Solomon built there, and forced the city’s elite to exile in Babylonia.

So began the Babylonian Exile or Captivity, an event that shaped modern Judaism. A new archaeological discovery puts a rare physical stamp of authenticity on an event described in the Hebrew Bible.

Israeli and American archaeologists have found evidence just outside Jerusalem's old city that apparently supports the Biblical description. In an area called Mt. Zion, which is also known as Western Hill, they found the remains of a home of someone the Bible calls a “Big Man,” one of those probably sent to exile. He would have had a beautiful view of Solomon's Temple, the holiest place for the Hebrews, and he may have left in a rush.

The dig that uncovered the home is directed by Shimon Gibson, an archaeologist at the University of North Carolina at Charlotte, and Rafi Lewis, a senior lecturer at the Ashkelon Academic College and Haifa University in Israel. The excavation has been in process for more than a decade.

“Training staff is quite exhaustive,” Gibson said. “It is difficult because it is so complicated.”

Unlike usual digs where depth equals time -- the deeper you go the farther back in time you are -- in Jerusalem the ground has been worked by inhabitants so that older material could be found above newer material.

In and around the ruins of the house, the archaeologists found an ash layer mixed with half a million shards or pieces of pottery, arrowheads typical of the Babylonian arsenal and a piece of gold and silver jewelry -- all typical of that time. Pottery shards and ash are usually found in the trash, but Gibson pointed out no one keeps arrowheads and jewelry in a trash bin. Someone probably left in a hurry.

Similar four-finned arrowheads have been found in other places in the Middle East, dated to around the time of the Babylonian attack. There is no record of a comparable event in Jerusalem that would have produced similar detritus. Lamps found in the ash layer are also from that time.

The story of the siege is supported by Babylonian scribes, who wrote what archaeologists call the Babylonian Chronicles on cuneiform tablets hardened in ovens, according to Laurie Pearce, a lecturer in Mideast studies at the University of California, Berkeley.

Despite the claims of the prophet Jeremiah, there is no evidence the attack on Jerusalem was exceptionally bloody, she said. Archaeologists who once thought the Babylonians massacred or drove out all the inhabitants now appear to be wrong. The total population of the area seems to have remained roughly constant.​  It was only the elite who were exiled, for about 70 years. Most of the people remained in what was called Judaea.

Until the exile to Babylonia, Judaism was a religion based on sacrifice and worship at Solomon’s Temple in Jerusalem, Pearce said. The destruction of the temple in 586 B.C. forced the religion to decentralize into local synagogues led by rabbis, a system that continues to this day.

A Second Temple was built by those who returned, and expanded by Herod, the king the Romans set up to rule Judaea. It was destroyed by the Romans in 70 A.D. during an armed insurrection by the Jews. A mosque sits on the site now. The day of the destruction of both temples coincidentally occurred on the same day in the Hebrew calendar, and Jews remember it as a day of mourning and fasting, the holiday of Tisha B'av. To commemorate, they sit on the floor in darkened rooms, chanting the Book of Lamentations.

The exile itself apparently was not a horror, Pearce said. Many of those who were forced to leave Jerusalem rose through the Babylonian bureaucracy, and some created a banking network in a flourishing economy, similar to what Jews did in the Middle Ages. When Cyrus became king of Persia and conquered Babylon, he allowed the exiles to return home to rebuild the temple if they wished. Most stayed behind.

But even though they remained in Babylonia (later, Iraq), they mourned for their loss of the temple and Jerusalem, their ancient home, sometimes in immortal poetry.

By the rivers of Babylon, there we sat down, yea, we wept,

When we remembered Zion. ...

If I forget thee, O Jerusalem…

The big man who owned the house excavated by Gibson’s dig apparently never rebuilt on the same spot. However, numerous people mentioned in the Hebrew Bible are known to have returned, including Ezra, the editor who brought ancient texts together to form the Torah, and the prophets Nehemiah and Zechariah.

Those who stayed in Babylon, which became Mesopotamia and now Iraq, were the founders of one of the longest-living Jewish communities in the world. Their descendants survived into modern times as an active and important community. But the creation of Israel endangered their safety, and like Jews living in other Arab countries, many fled persecution and bombings.

By 2007 there were no longer enough Jews there to hold prayer services. They only needed 10.

Editor's Note (9/24/2019) -- This story originally stated that several individuals who returned to Jerusalem from Babylonia were mentioned in the Torah. This was incorrect. The people were mentioned in other books from the Hebrew Bible. We regret the error.