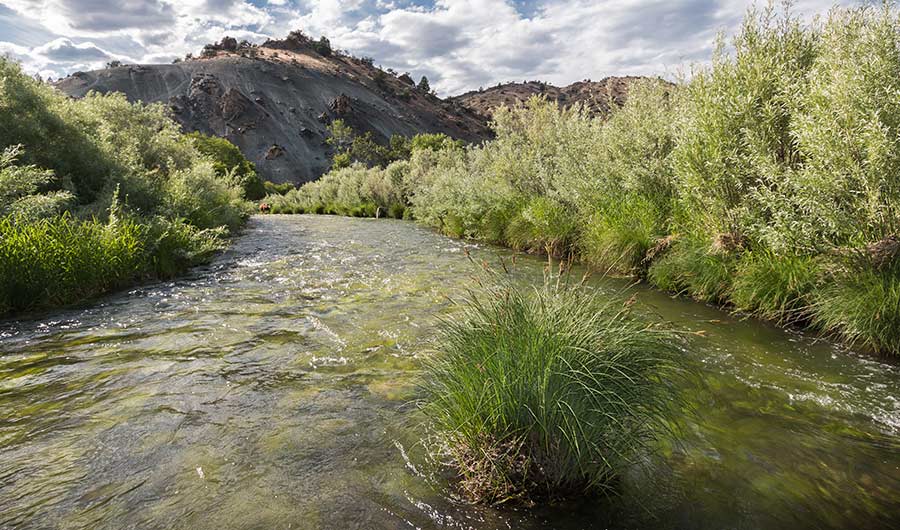 Bureau of Land Management Oregon and Washington via flickr

(Inside Science) -- River systems are heating up, making some fish habitats a little too toasty for comfort. It’s known that warmer temperatures hinder both fishes' ability to migrate successfully and the survival of their eggs. But research over the last few years suggest that warming temperatures put sperm quality at risk as well.

A new study published in July in the Journal of Experimental Biology found that when brown trout males acclimated to and released their semen in warm water, sperm performance suffered.

In October 2015, the research team from the U.K.’s University of Manchester introduced farm-grown brown trout to one of two outdoor tanks, each set to a different temperature: an 8-degree C "cold" tank and a 13-degree C "warm" tank. The cooler condition is optimal for brown trout. The warmer condition reflects climate change predictions for the next century.

The researchers collected semen samples from fish in both tanks in mid-November, consistent with natural and commercially farmed breeding periods, and again three weeks later. They placed sperm in different containers set at the warm and cold temperatures, then recorded both the proportion of sperm that actively swam and their speed over time.

The scientists found that, earlier in the spawning season, sperm from warm tank trout and sperm swimming in warm water were slower soon after their release, when the sperm’s fitness is most crucial for fertilization. Direct contact to warm water also significantly decreased the proportion of swimming sperm cells.

On the other hand, sperm collected later in the season were less sensitive to higher water temperatures. Only contact to warm water negatively impacted sperm speed and motility, and only long after sperm release.

Miriam Fenkes, a zoology doctoral student at the University of Manchester and the study’s lead author, hypothesizes that this tolerance to warm conditions later in the season could mean the sperm from warm tank brown trout took longer to mature, a process which is triggered seasonally by changes in sunlight and temperature.

The authors claim that releasing sperm in warm water had the greatest effect on sperm quality, suggesting that commercial farmers and wildlife managers should maintain cool spawning sites for hot and bothered fish.