New programs highlight coral bleaching, a process driven by climate change, which could destroy most coral ecosystems by 2050.
Image 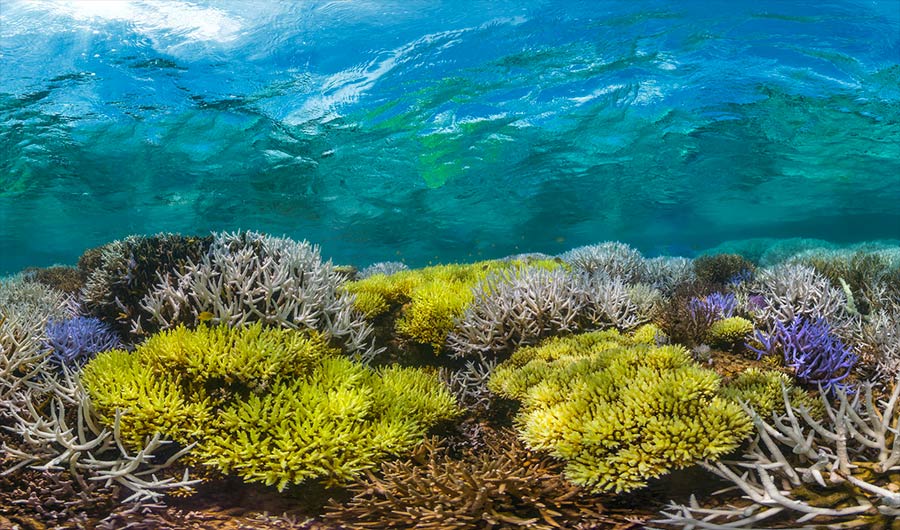 (Inside Science) -- Reports of the Great Barrier Reef’s death have been greatly exaggerated. But if current climate trends continue, scientists say, by midcentury the giant living structure and most other coral reefs around the world will die.

This dramatic collapse of once colorful and vibrant marine ecosystems has accelerated in recent years, due to the relentlessly warming ocean waters. Following a third global coral bleaching event in less than two decades, a Netflix documentary, “Chasing Coral,” shows with captivating and depressing footage how, in a short time, climate change devastates the coral reefs. A segment of HBO’s Real Sports with Bryant Gumbel, also out this month, documents the ravages inflicted on the Great Barrier Reef in particular.

Though many corals resemble cacti or flowers, they’re animals, not plants. They do host thousands of tiny plants in mouthlike openings on every polyp, photosynthesizing during the day and allowing the polyps to grow at night. Coral colonies, like rainforests, teem with life, with fish and other marine wildlife residing and feeding in their nooks and crannies. Some animals spend their whole lives in their own coral cove. But when the summer ocean waters warm more than usual, huge parts of coral reefs around the world can’t cope, and they begin to starve, indicated by the pale, bleached color.

“We just reached the end of a three-year long global bleaching event,” said Mark Eakin, coordinator of the National Oceanic and Atmospheric Administration’s Coral Reef Watch and a chief science advisor for the Netflix movie. “That’s the longest coral bleaching event ever, the most widespread event ever, [and] probably the most damaging ever," he added, as it subjected many corals, like those in Florida, Hawaii, Guam and the Great Barrier Reef to multiple bleaching events in close succession.

More on coral reefs from Inside Science:

The movie points out that oceans have borne the brunt of global warming and have warmed beyond their natural cycles over the past thirty years. As a result, coral reefs suffered an unprecedented global bleaching event in 1998, followed by another in 2010, and then the latest one, which occurred over the warmest years on record.

With business-as-usual climate change scenarios, scientists now predict annual coral bleaching by 2050, which would be a death sentence, Eakin said, as 90 percent of the world’s corals could be lost. Those that survive one year of bleaching are less likely to endure another event and are more vulnerable to disease, like drought-weakened trees in the American Southwest that are now susceptible to bark beetle infestations.

“Corals are foundation species. They have all these organisms that depend on them. They are the reason we have reefs, a consortium of organisms that cooperate together,” said Ruth Gates, a marine biologist at the University of Hawaii, in the movie.

When waters warm just a couple of degrees above normal, and stay that way for weeks at a time, the coral expels the plants within them, and the symbiosis breaks down. The coral starves after losing its primary food and energy source. In an attempt at self-defense, some corals glow or fluoresce, like a chemical sunscreen, but that’s not enough to overcome high temperatures. A starving coral colony bleaches, with its blanched, ghostly skeletons leaving little sign of the previous vibrant inhabitants.

“Coral bleaching is one of the chief footprints of climate change on ecosystems anywhere on the planet,” said Stephen Palumbi, marine biologist at Stanford University, who was not involved in the film or HBO show.

“This is such an obvious representation of climate change,” Orlowski said. “A lot of people are skeptical about climate change, but what this film captures so clearly is that this is not a natural cycle. If this happened on a regular basis, there would be no coral on the planet,” he added.

HBO’s Real Sports program highlights the same kinds of damage to the biggest coral reef, the 1,400-mile Great Barrier Reef off the coast of Queensland, Australia. Overall, it lost some 29 percent of its corals in the last bleaching event, which ended earlier this year, but the northern region, which spans about the same distance as between Washington, D.C. and Maine, suffered a 67 percent loss.

To save corals, some people are engaged in local conservation efforts, while scientists are trying to protect the most resilient corals around the world by breeding them to be more resistant to heat stress. But it’s a slow process, and in any case, unless global warming soon comes to a stop, such efforts amount to little more than “changing the deck chairs on the Titanic,” as Eakin put it.

Despite the disturbing before and after footage, “Chasing Coral” ends on a positive note with an emotional appeal, by making climate change recommendations. Unlike Al Gore’s popular 2006 documentary, “An Inconvenient Truth,” the movie goes further than just suggesting that the viewer switch to energy-efficient lightbulbs or a hybrid car, for example. It endorses efforts by many countries and American cities aiming for 100 percent clean energy. If this transition happens fast enough and is widespread enough, then oceans would just have to contend with the greenhouse gases already in the atmosphere. 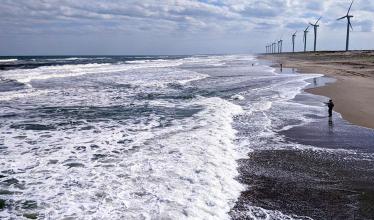 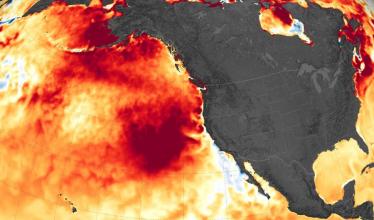