Fibers in the Wind

Fibers in the Wind

The physics of tumbling fibers may be useful for applications from paper manufacturing to the study of plankton in the ocean. 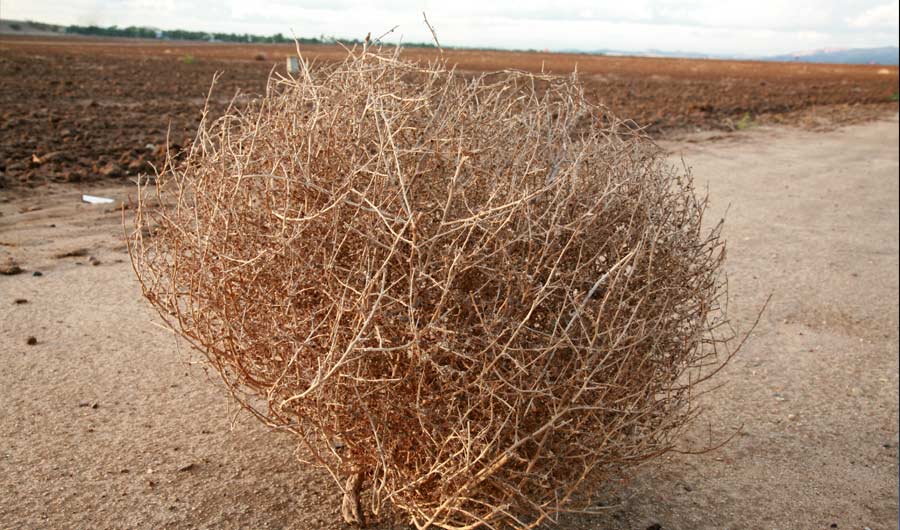 (Inside Science) -- There may be beauty in a plastic bag tumbling in the breeze, but is there any science in it? The answer is yes, and you don’t even need a plastic bag -- just a tiny thread will do. A new paper accepted in the journal Physical Review Letters describes the laws that govern the movement of fibers tumbling in turbulent water. The information may be useful for a wide range of applications, from improving the energy efficiency of paper manufacturing to predicting the population of microscopic marine organisms that absorb carbon dioxide from the atmosphere.

In the new study, a team of scientists in France used a high-speed camera to capture the movement of variously sized fibers as they danced in a tank of churning water.

The goal was to learn how the size and shape of a fiber in relation to the size and speed of the turbulent flow can affect the way the fiber tumbles, according to Gautier Verhille, a physicist from Aix-Marseille University in Marseille who took part in the study.

“Experiments like these are becoming more feasible nowadays with advances in high-speed cameras that can track these fibers in turbulence. It's a field in which we're still just finding out the foundational things,” said Greg Voth, a fluid physicist from Wesleyan University in Connecticut not involved in the new study.

Imagine a swirl in the middle of a river. A piece of straw tossed into the circling currents may travel around the outer edges, while a tree log may get stuck in the middle and spin. By examining the difference in movements for fibers long and short, and thin and thick, Verhille and his team improved on existing models for predicting the crossover points when fibers in turbulence, such as paper fibers in a slurry, transition from behaving more like a straw to behaving more like a tree log.

“This kind of study is important for many applications such as paper manufacturing,” said Voth. “If you look at the energy that goes into paper production globally, it's not a small amount.”

The physics of tumbling sticks also has a broader range of applications. It can help scientists study the motion of plankton in the oceans and the formation of ice crystal in clouds. Both are hot button issues relevant in climate change studies today, since plankton absorb carbon dioxide from the atmosphere, and clouds reflect sunlight away from Earth.

“The motion of plankton has a big influence on the ecosystem of the ocean,” said Voth. “Some of them are slender needlelike shapes, and these studies can help us understand how they move with the fluid flow, which is how they eat and live.”

But the study of individual tumbling fibers is only part of the picture. To perfectly model these systems, scientists are also studying how these little rods or fibers interact with each other. While we may all be veterans of untangling the headphone cables in our pockets, scientists are still trying to understand the dynamics of tangling fiber. According to Verhille, we still lack a model that can adequately explain the tangling of fibers into clumps known as “flocs,” and the size and strength of these flocs once they are formed. It is an ongoing investigation that involves scientists across a wide range of disciplines, from biology to meteorology to polymer engineering.

Verhille and his colleagues have been studying the tangling of fibers as well, and their subjects are the balls of dried seaweed that roll around the beaches of southern France like the tumbleweeds in the Mojave Desert.

“They are made from Posidonia fibers, an aquatic plant from the Mediterranean Sea, and can be as large as a soccer ball,” said Verhille.

Researchers Study Violinists To Learn How Humans Act in Synchrony
Alligators May Be Able to Survive Venomous Snake Bites
New Theory Says We’ve Been Wrong About How Bubbles Pop
Crustacean Genes May Solve Debate Over How Insects Evolved to Fly
Some Beetles Survive Being Eaten, New Study Finds
END_OF_DOCUMENT_TOKEN_TO_BE_REPLACED

COVID-19 Vaccine, Sharks and Mezcal
Crabs Use Belly Sounds To Communicate
Touring The Trinity Test Site
Protests, A Retracted Paper, and a Super-Earth Planet
Why Is an Empty Shampoo Bottle So Easy To Knock Over?
END_OF_DOCUMENT_TOKEN_TO_BE_REPLACED