Helium 150 Years After Its Discovery

One hundred fifty years ago, scientists observed in light from the sun the first evidence of the inert gas.
Image 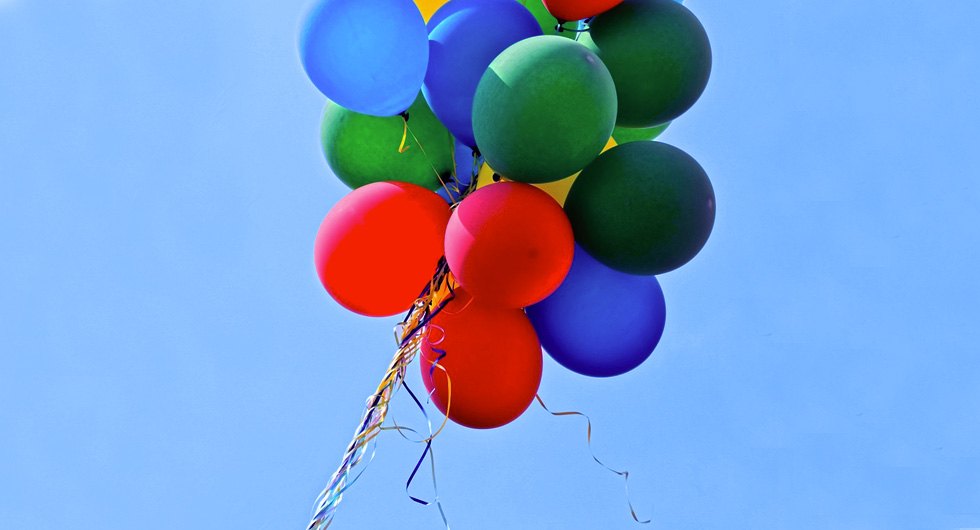 (Inside Science) -- Today, we honor helium, that most noble of gasses, which was discovered 150 years ago. You may know the second element on the periodic table as the stuff that fills party balloons and makes your voice sound like Alvin the Chipmunk, but it's not all fun and games for the colorless, odorless gas. Helium is a workhorse for the science and technology industries. It performs such diverse tasks as cooling the superconducting magnets in MRI scanners, aiding the manufacture of semiconductor chips and finding leaks in ships. A recent global helium shortage caused prices to balloon and scientists to fret.

Despite its many earthbound uses, helium is actually named after the Greek Titan of the sun -- Helios. That's because the first evidence of its existence was discovered in sunlight. During a solar eclipse in India on August 18, 1868, French scientist Jules Janssen observed the sun's atmosphere through an instrument that separated the colors of light into a spectrum. He later realized he could observe even without an eclipse, and he found a mysterious yellow line in the data. Working separately, English scientist Norman Lockyer also observed the bright yellow line a few months later. It was Lockyer who proposed that the mysterious line was evidence of a new element, which he and chemist Edward Frankland christened helium.

It took another 27 years before helium was discovered on Earth inside a mineral called cleveite. As often happens in science, the discovery was again made around the same time by multiple people, in this case Scottish chemist William Ramsay and Swedish chemists Per Teodor Cleve and Nils Abraham Langlet.

In the ensuing 123 years, scientists and hobbyists alike have continued to explore and exploit the unique properties of this important element.

Making the Gas a Liquid

In 1908, Dutch physicist Heike Kamerlingh Onnes managed to liquefy helium for the first time. With a boiling point of merely 4 degrees Kelvin above absolute zero, liquid helium is used to cool everything from new materials in research labs to superconducting magnets in MRI scanners. In fact, this is the largest single use of helium today, accounting for about one-quarter of all production.

Helium is also the first superfluid ever discovered. When cooled below 2.17 Kelvin, its viscosity – a parameter for measuring the thickness of a liquid – becomes zero. This gives helium freaky, superfluid properties, such as being able to sustain a vortex forever and to creep up the surface of a bowl and drip down its side.

"It was a wonderful sight when the liquid, which looked almost unreal, was seen for the first time. It was not noticed when it flowed in. Its presence could not be confirmed until it had already filled up the vessel. Its surface stood sharply against the vessel like the edge of a knife," said Onnes during the lecture he gave in 1913 upon receiving the 1913 Nobel Prize in Physics.

The element's lighter form is even colder and more valuable.

All but two-ten thousandths of one percent of the Earth's supply of naturally occurring helium atoms are the type known as helium-4. They contain 2 protons and 2 neutrons. But the other 0.0002 percent of are known as helium 3. These rare examples of the element contain just one neutron. Helium 3 can help cool things down beyond helium-4's 4 Kelvin limit, enabling scientists to study the fundamental properties of materials to within a few thousandths of a Kelvin above absolute zero.

Helium-3 can also be used for detecting neutrons from afar. This can be useful for catching smugglers illegally trafficking radioactive materials.  It is also used in certain types of medical lung imaging and has been proposed as a fuel candidate for nuclear fusion.

Virtually all helium-3 being used today is produced in nuclear reactors. It's not cheap. Only about 6,000 liters, or a mere 1.5 pounds of helium-3, is produced in the U.S. each year. Its price tag is as much as $2,000 per liter, or more than 400 times the price of gold by weight today. The material is so precious that scientists have proposed mining it on the moon, from deposits brought there over billions of years via the solar wind. The process was fictionally depicted in the 2009 film, "Moon". NASA astronaut and geologist Harrison Schmidt has himself suggested mining lunar helium-3 deposits; other researchers have pointed to Saturn, Jupiter, and distant asteroids as possible additional sources of helium-3.

Several nations including China and India are developing plans to send spacecraft to the moon to investigate mining opportunities. But helium mining is not necessarily the top priority for the U.S. "NASA is very interested in getting back to the lunar surface," said Noah Petro, a lunar geologist and research scientist at NASA's Goddard Space Flight Center in Greenbelt, Maryland. "But so far," he continued, "helium-3 extraction is not one of the primary objectives for our immediate return."

Helium forms in some rocks, but floats away at the first opportunity.

It started with an email.

During the height of the 2010 helium shortage, Jon Gluyas, a geologist and professor at Durham University in England, received an email from the university's helium suppliers. They told him that a new shipment of the gas might not be delivered until the next year, and that reserves were critically low. Helium has never been easy to mine, but he had a hunch that there might be more out there.

In 2016, Gluyas and a team of collaborators from Oxford University in England discovered several large and potent pockets of helium in Tanzania.

"We believe there's enough helium here to change the global market," said Gluyas. Deposits of the noble gas have also been found in the United States, Russia and Qatar. Helium is typically filtered out during methane extraction, often at concentrations of less than 1 percent. The gas mixture emitted in Tanzania? Nearly 10 percent of it was helium.

As uranium and thorium decay in ancient rocks beneath Earth's surface, they release alpha particles. "An alpha particle is just a naked helium nucleus," said Gluyas. "These alpha particles mop up electrons and make helium." But in order for pools of the noble gas to be released from the rock structures they formed in, those rocks need to have been heated within the past 50 to 100 million years. In Tanzania, volcanic activity along the East African Rift Zone brings the heat.

But the gas can be hard to store, and it's expensive to recycle. Because it is so light, helium easily escapes Earth's atmosphere. Now, Gluyas and the team are working with Helium One, an extraction company, to find ways to excavate and transport the material more efficiently.

Helium enabled one of the most bizarre daredevil stunts of the 20th century when a California man flew over Long Beach in a lawn chair.

The physics agreed with him even if the weather did not. In 1982, a southern California truck driver named Larry Walters bought nearly four dozen weather balloons, clustered them on the roof of his girlfriend's place in San Pedro, California, filled them with helium, attached them to a chair weighed down with water jugs, broke loose from his tethers and soared to an elevation of 16,000 feet -- all in a lawn chair.

He carried little more than a BB gun, a CB radio, some sandwiches, two liters of soda and a lifelong aspiration to achieve flight -- one that he succeeded in indulging. Drifting and shivering three miles high, he flew for hours in that helium-lofted lawn chair, which he dubbed "Inspiration I."

"It was just something I had to do," he later told the Los Angeles Times. "I had this dream for 20 years, and if I hadn't done it, I would have ended up in the funny farm."

He wound up instead in Long Beach. The weather reports were wrong, and rather than sailing east over the desert, as he planned, he drifted into a commercial airline approach lane for LAX airport. He alarmed passing pilots before he shot a few balloons, descended into a residential neighborhood, snared a power line, caused a blackout, nearly electrocuted himself, fell under arrest and gave the first of many media interviews as he was led away in handcuffs. His flight landed him on Johnny Carson and David Letterman, as well as in the FAA's crosshairs. It also earned him a permanent place in the Pantheon of the most memorable, if not half-baked, daredevil stunts. He was later named an "honorable mention" winner of the Darwin awards (you can't win a Darwin if you don't die, the site explains).