Someday, such supports could allow meat in the lab to grow from tiny hamburger-nuggets into something more like steak.
Image 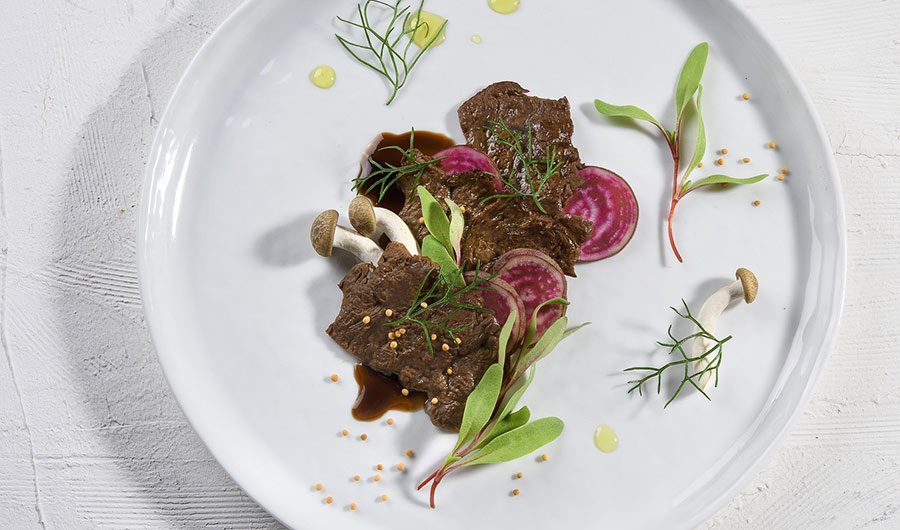 (Inside Science) -- Growing meat without animals may one day become easier using scaffolds made of soy, a new study finds.

In 1932, Winston Churchill predicted that "we shall escape the absurdity of growing a whole chicken in order to eat the breast or wing, by growing these parts separately." Increasingly, scientists are making this vision a reality by growing meat from cells in labs.

As Churchill argued, one potential benefit of such "cultured meat" is that many of the calories that livestock consume go not to building up edible tissues but to keeping the animal alive. Moreover, lab-grown meat might prove environmentally friendlier -- livestock currently take up 30% of the world's land surface and 8% of its freshwater, and also generate 14.5% of human-caused greenhouse gas emissions, according to the United Nations' Food and Agriculture Organization.

Furthermore, cultured meat could prevent animal suffering by reducing the slaughtering of livestock, reduce food-borne ailments such as E. coli, and cut down on the transmission of diseases such as swine flu from animals to humans. In addition, up to 80% of the antibiotics used in the United States are given to farm animals, and overuse of such drugs can allow antibiotic-resistant bacteria to evolve.

Currently scientists have only produced relatively tiny nuggets of lab-grown meat, which can imitate ground beef for use in hamburgers or meatballs. However, to grow larger structures that could mimic products such as steaks, edible 3-D scaffolds are needed to provide mechanical support to developing cells. These scaffolds would imitate the honeycomb-like extracellular matrix in which animals' muscles grow.

Biomedical engineer Shulamit Levenberg at the Technion-Israel Institute of Technology in Haifa and her colleagues experimented with a 3D scaffold made from textured soy protein, an inexpensive edible byproduct of soybean oil processing that was invented in the 1960s. This spongy material is often an ingredient in meat substitutes due to its fibrous meat-like texture and high protein content, and the researchers reasoned that its porous nature could help it provide anchor points on which cells could attach and proliferate.

"Using soy as a scaffold is a novelty," said tissue engineer Mark Post, chair of physiology at Maastricht University in the Netherlands, who did not take part in this research. "Its use is good from the perspective that the whole purpose of cultured meat is to use as few animal-based materials as possible. The fact that it's a food-grade material is also good from a regulatory perspective." (Post made the world's first lab-grown hamburger in 2013 at a cost of €250,000, or about $280,000, and he is chief scientific officer of the Dutch cultured meat startup Mosa Meat.)

"This is the first time research published in the setting of cultured meat combined a couple of different cell types in a scaffold," Post said.

As expected, growing satellite cells with other cells enhanced muscle growth and the development of extracellular matrix compounds, leading to more meat-like mechanical properties. "It was interesting to see that large quantities of extracellular matrix proteins were deposited by cells in the cultured tissue," wrote bioengineer Luke MacQueen at Harvard University, who did not participate in this study, in an email.

Volunteers who tested the product after cooking said that its taste, aroma and texture were pleasant and typical of real meat. Israeli startup company Aleph Farms, which Levenberg founded, aims to use such techniques to one day produce cultured meat, according to press releases and the company's website.

One problem with using soy "is that it usually produces a couple of off tastes during cooking," Post said. Still, he added, current meat substitutes often mask these flavors using salt.

Post also noted that the endothelial cells did not seem to change the composition of the tissue "very much or at all." Although tissue engineers typically add endothelial cells to grow tissues beyond a certain thickness, "here they may be redundant," he said.

Additional research should show the degree to which cells actually infiltrate and proliferate within the 3D volume of these scaffolds, noted MacQueen. And according to Post, future research can seek to incorporate fat cells into this cultured meat for taste and texture, and fine-tune how marbling and fibrous tissues are interspersed in lab-grown muscle. "That requires a little bit more sophisticated technology than presented in this study," said Post.

The scientists detailed their findings online March 30 in the journal Nature Food. 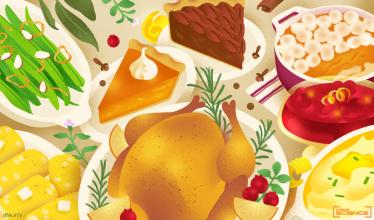