A new paper hypothesizes how the amount of dark matter could have grown exponentially in the early universe.
Image 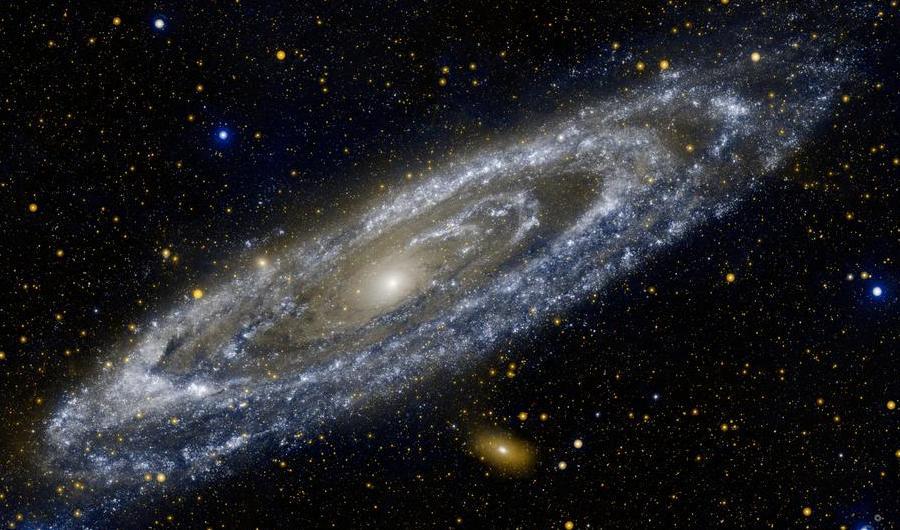 Stars on the edges of galaxies rotate faster than the laws of gravity predict due to an invisible substance called dark matter.

(Inside Science) -- Eighty-five percent of the matter in the universe is thought to be "dark" matter invisible to humans and our scientific instruments. But scientists don't know what dark matter is made of or how it was created in the early universe.

"There are zillions of models to explain dark matter," said Torsten Bringmann, a physicist at the University of Oslo in Norway and one of the authors of the new paper, published in November in the journal Physical Review Letters. "If you write down a model, it should contain a mechanism of how to produce dark matter, how to explain the one thing we know about dark matter -- namely, exactly how much there is."

Scientists know dark matter must exist in part because the outer edges of galaxies are spinning faster than expected -- so fast that, based on the amount of ordinary matter in galaxies, galaxies should rip apart. But fortunately for us, they still exist. So, there must be some unseen matter helping to hold them together.

Dark matter has also been indirectly observed in clusters of galaxies, which also shouldn't hold together, as well as in fluctuations in radiation from the early universe known as the cosmic microwave background.

"It's pretty much convincing that there is some form of dark matter in the universe, and that it actually forms a very important component of matter," said Geneviève Bélanger, a physicist at the Annecy-le-Vieux Laboratory of Theoretical Physics in France, who did not contribute to the new paper.

Bringmann said that about 20 years ago, physicists thought dark matter was most likely made of hypothesized but unobserved weakly interacting massive particles, or WIMPs. These particles would interact with ordinary matter via the weak force, which is one of the four fundamental forces in the universe. While it's actually stronger than gravity, the weak force only has influence at the subatomic level.

The possible existence of WIMPs is also suggested by separate theories in particle physics. But physicists have been using particle colliders and underground detectors to search for WIMPs for years, and they haven't spotted any yet.

This doesn't mean WIMPs don't exist. Howard Baer, a physicist at the University of Oklahoma, who didn't contribute to the paper, said it's possible the WIMPS exist but are avoiding detection. But Bélanger said that because nobody has seen a WIMP yet, "people are starting to explore alternatives to explain this dark matter."

Bélanger said that the mechanism is "a perfectly viable alternative, and it's interesting to consider."

The researchers now must fit this mechanism to a larger model of the evolution of dark matter in the early universe, said Nausheen Shah, a physicist at Wayne State University in Detroit, Michigan, who did not contribute to the new paper. Shah also said that while there needs to be more model building, the authors do introduce the basics for an intriguing simple model in the paper that could work.

To test a model, researchers can search for what the model implies they should see in the universe today. Bringmann said that it might be possible to support the simple model by detecting particular distortions in the cosmic microwave background.