News Currents: A Reason to Leave Rusty Nails in the Ground 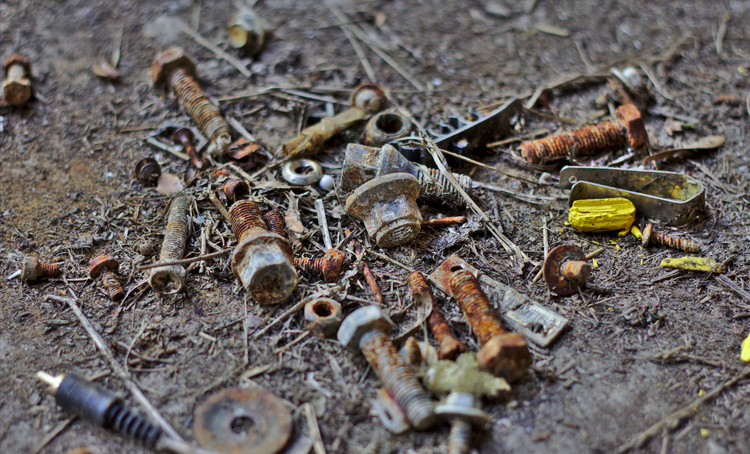 (Inside Science) -- A recent story in "Soil Horizons" adds an interesting perspective to items someone working in a garden would likely remove and discard without a second thought: rusty iron nails and broken-down pieces of cement.

A Wayne State University soil scientist and geologist, Jeffrey L. Howard, has been digging pits in empty lots around the city where he works, Detroit. He found several interesting features in the soil, but the part of the story that really caught my attention was the author's discussion of the problem of lead contamination.

Lead and other heavy metals are a problem in many cities, where contaminants from paint, industry and leaded gasoline settled into the soil. It turns out that when iron nails or cement break down, the resulting iron oxide and calcium carbonate actually collect lead and prevent it from leaving the soil. Lead binds to these products, which prevents it from getting into the water or being blown around by dust. Howard and a colleague published the research in "Environmental Pollution."

In many cities around the country, including Detroit, residents are attempting to grow more of their own food. There are probably other ways to rid soil of lead -- but if leaving a few rusty nails in the backyard helps keep the veggies safer, that's a pretty neat trick.