Dogs and people with Williams syndrome may both owe their sociable personalities to changes in the same genes.
Image 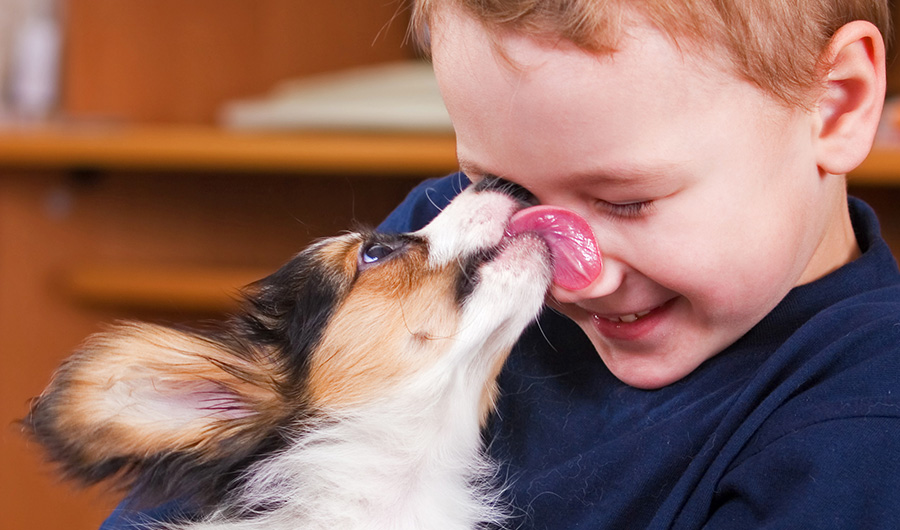 (Inside Science) -- When it comes to sheer friendliness, few humans can match the average dog. But people with Williams syndrome may come close, their unusual genetics granting them a puppyish zeal for social interaction. Now, scientists have found that extreme friendliness in both species may share common genetic roots.

Williams syndrome, also known as Williams-Beuren syndrome, occurs when people are missing of a chunk of DNA containing about 27 genes. The syndrome affects about one in 10,000 people, and it is associated with a suite of mental and physical traits, including bubbly, extroverted personalities, a broad forehead, full cheeks, heart defects, intellectual disability and an affinity for music.

The first hint of a link between dogs and Williams syndrome came in 2010, when evolutionary biologist Bridgett vonHoldt and her colleagues examined DNA from 225 wolves and 912 dogs from 85 breeds. They were looking for parts of the genome that have been shaped by selection since dogs diverged from wolves.

One gene that popped out was WBSCR17, suggesting that it or other genes near it were important in dog evolution. This region of the genome is similar in dogs and humans, and the human version of WBSCR17 is located near the sequence that is deleted in people with Williams syndrome.

In the new study, vonHoldt, now an evolutionary biologist at Princeton University in New Jersey, and her colleagues took a closer look at the region surrounding WBSCR17. First, they tested the friendliness of 18 dogs and 10 wolves, all raised with regular attention from human caretakers. They measured how much time each dog or wolf spent within a 1-meter radius of a human, as well as how hard the animal worked to solve a puzzle box.

As expected, wolves spent less time near humans, and most worked equally hard to solve their puzzle box regardless of whether a human was present. In contrast, dogs tended to look at the human instead of the puzzle box, focusing on the puzzle only when left alone.

While dogs were more sociable than wolves on average, individuals varied, with some wolves acting more friendly and some dogs acting more aloof. When the researchers analyzed DNA from 16 of the dogs and eight of the wolves, the behavioral differences turned out to be correlated with variations in three genes -- the WBSCR17 gene highlighted in the 2010 study, and two additional genes from within the canine equivalent of the Williams syndrome region.

For each of these three genes, the researchers found multiple variants that differed in structural ways, such as whether or not they contained an extra sequence of DNA. Some gene variants were found mostly in the friendly dogs and wolves, while others were found more often in unfriendly animals.

While personality traits like friendliness are probably shaped by hundreds or thousands of genes, these three genes appeared to play a surprisingly large role in controlling social behavior, said vonHoldt.

"Some of these structural variants could explain a huge shift in a behavioral profile -- that you go from being a wolf-like, aloof creature, to something that's obsessed with a human," she said.

When the researchers examined those same three genes in 201 dogs from 13 breeds, they found similar patterns of genetic variation between breeds traditionally associated with friendly behavior, and breeds generally considered to be more standoffish.

More on dogs from Inside Science:

Short Legs In Dogs Due To Duplicate Wolf Gene

Two of the genes, GTF2I and GTF2IRD1, had previously been linked to social behavior in mice as well as in people with Williams syndrome. In 2009, Uta Francke and her colleagues at Stanford University in California found that mice were unusually eager to socialize when they were missing those two genes. But until Francke saw the new study, she had no idea that the genes she had studied might help explain the behavior of her own dog, a Bernese mountain dog named Minna.

"She walks up to strangers and wants interaction with everybody, just like the Williams kids," said Francke, who has worked with people with Williams syndrome in her career as a medical geneticist. "To think that this is because of the involvement of these genes in some way -- I find that extremely exciting."

"If they had tails, they would wag them," she said. 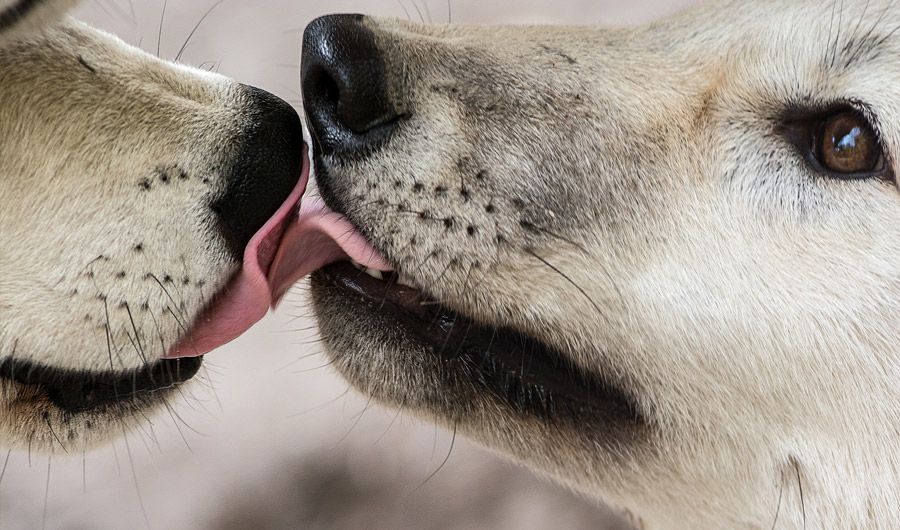 The findings are consistent with current theories of dog domestication. Once, researchers assumed that ancient humans domesticated dogs on purpose, adopting wolf pups and breeding them for useful traits. Biologists Ray and Lorna Coppinger have pioneered a different view, seeing early dogs as scavengers on human trash. According to this theory, shy wolves continued to hunt in the forest, while bolder wolves that could tolerate humans took up residence at village rubbish heaps.

Ray Coppinger himself avoids words like "friendly" when referring to these ancestral dogs. But according to Clive Wynne, a behavioral scientist at Arizona State University in Tempe, Arizona, and one of the new study's authors, sociability could have been a key trait that helped early dogs get access to human scraps. The new study suggests that dogs achieved that friendliness in part through changes to the genes that are equivalent to those affected in people with Williams syndrome.

"Outside of, like, Disney movies, animals all just making friends with each other and being lovey-dovey out in the forest is pretty much a catastrophe," said Wynne. But, he said, "If you have a mutation that makes you more willing to make friends, well then, you're going to get a lot more out of the trash dump."

Wynne can’t say for sure whether the domestication process happened at multiple villages at different times, or if it happened just once, as indicated by another recent study that looked at DNA from ancient dog fossils.

It's too soon to know just how important the genes identified in the study were in dog domestication, cautioned Ray Coppinger, during an interview with Inside Science. But it's possible that they played a pivotal role, not just for dogs, but for other species as well, said Carlos Driscoll, a geneticist who studies cat domestication at the National Institutes of Health in Rockville, Maryland. The next step, said Driscoll, is to test other domestic species, and see whether the same three genes may contribute to tame temperaments in everything from cats to goats.

"The only thing that's common among all domesticates is that they're sociable -- that they get along with people," said Driscoll. "This very strongly suggests that this region and these genes are important in domestication."