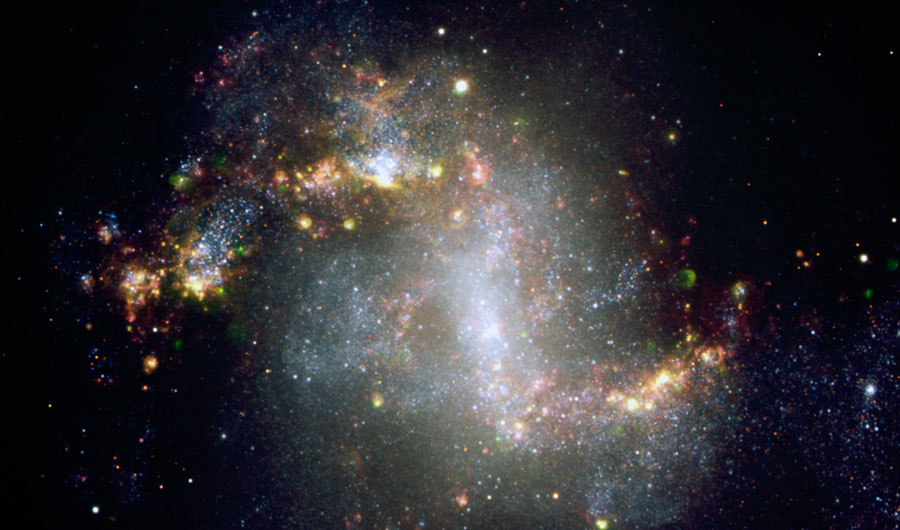 (Inside Science) -- If you have a computer and a few spare moments, you can help search the cosmos for an elusive breed of black hole that astronomers once thought didn't exist.

Now a group from the North Carolina Museum of Natural Sciences is calling on the public to help detect more of these rare in-betweeners, which could yield insights into how the more common supermassive black holes form.

Volunteers simply need a computer with internet access and a mouse. After a brief tutorial on the project website, they are shown photos of spiral galaxies from around the universe and asked to trace the arms, a process that generally takes about a minute or less. The scientists will then combine the tracings from 15 different volunteers to get a composite trace for each image. Ultimately, the goal is to find galaxies that are wound looser than normal, a shape that suggests an intermediate mass black hole may lurk at the center.

If the crowdsourced effort is fruitful, the researchers plan to use additional telescope observations and a different type of relationship -- between black hole mass and the scattering of stars near the galactic center -- to confirm the initial hints of an intermediate mass black hole.

Humans are better than computers at discerning patterns in difficult-to-interpret images of spiral galaxies, such as those with low contrast, broken lines, or other imperfections, said Patrick Treuthardt, an astronomer at the North Carolina Museum of Natural Sciences. He spoke about the project at a press conference this week at a meeting of the American Astronomical Society in St. Louis.

Protests, A Retracted Paper, and a Super-Earth Planet
Why Is an Empty Shampoo Bottle So Easy To Knock Over?
COVID-19 Vaccine, Monkeys and Bumblebees
Smart Speakers Could Detect Cardiac Arrest
Light And Art Come Together
END_OF_DOCUMENT_TOKEN_TO_BE_REPLACED