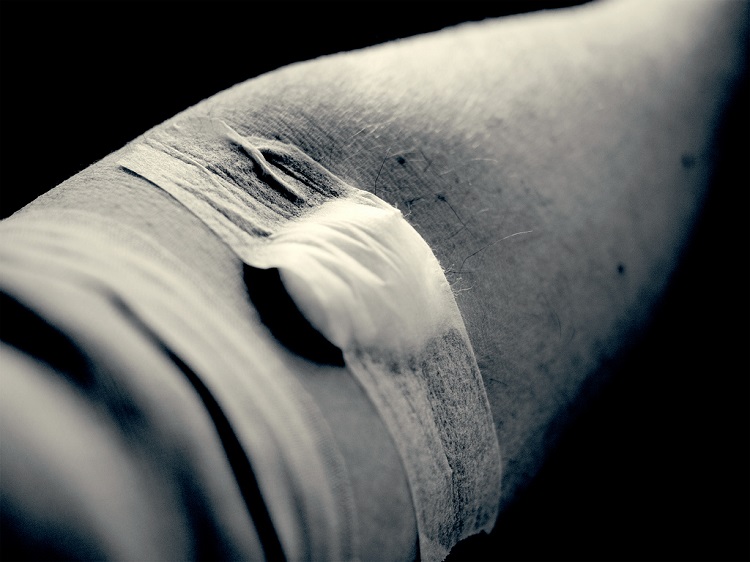 (Inside Science) -- At the pharmacy, you can buy anything from tea kettles to Tylenol. But what if you could buy a rapid HIV test over the counter and test yourself in the privacy of your own home?

Such a test, which experts say could profoundly change attitudes towards HIV diagnosis and how we go about it, is already being made by Bethlehem, Penn.-based OraSure Technologies Inc. The test shows results within 20 minutes: one blue line means HIV negative, two blue lines means HIV positive. Some researchers are excited by the prospect, but others worry that American society isn’t ready for testing without counseling. This week, an advisory panel to the U.S. Food and Drug Administration unanimously recommended the test to the FDA, which is expected to issue a final decision later this year, and the product could feasibly be on the market within the next two years.

The technology isn't especially new. A similar OraSure rapid test has been used in clinics since 2004. HIV-1 and HIV-2 induced antibodies are detected from oral fluid, which is collected with a swab and placed in a vial containing a "developer solution." The solution aids the flow of the specimen along a test strip. If the sample contains the antibodies, it will react with substances on the test strip to indicate a positive result.

In recent years, HIV testing has become progressively more accessible. The introduction of rapid oral HIV tests in clinics was followed in 2006 by a new set of guidelines from the U.S. Centers for Disease Control and Prevention, which resulted in an opt-out policy. The CDC recommended that individuals from ages 13 to 64 be tested at least once for HIV in their lifetimes during a routine medical checkup. If patients don’t want the test, they would have to explicitly opt out.

Sixty-five percent of Americans were in favor of this new policy, according to a 2006 survey by the Kaiser Family Foundation.

Alex Carballo-Dieguez, a psychologist who specializes in HIV prevention research at Columbia University, conducted research to find out how and if high-risk groups would use the at-home test. He surveyed a cohort of 60 non-monogamous men who have receptive sex with men and don't use condoms, despite an awareness of the risks.

Eighty percent of the participants said they would use the test by themselves or mutually with a partner if it were available over the counter. Most participants expressed enthusiasm because the technology didn't interfere with sexual pleasure, the main reason that they shun condoms. Most participants were also aware that a negative result doesn't provide a 100-percent guarantee because of a two-week period after infection, in which antibodies are not produced and therefore not detected.

Carballo-Dieguez doesn't anticipate that the test would change the sexual behavior of people that practice safe sex. "If people use condoms, why would they opt for a technology that is less protective?" he said.

The introduction of the 20-minute OraSure rapid test into clinics has "already been a concern" for its potential to reduce condom use, according to Sean Philpott, a bioethicist at Union Graduate College in Schenactady, N.Y. Philpott, however, agrees with Carballo-Dieguez that the test would help individuals who don’t use condoms by "giving them additional information so that they can at least practice sex a little safer."

Philpott said that the test could help to routinize HIV testing – that is, encourage people who don't perceive themselves at risk to have routine tests. He thinks that it may provide more testing opportunities for people who would otherwise like to be tested. "I am thinking about situations for men who have sex with men, drug abusers or people who live in rural or conservative areas and don't feel comfortable talking to their physicians," he said.

Despite these positive applications, Philpott still harbors reservations. "HIV stigmatization is still pervasive enough that I think you need a clear counseling component,” he said, “I am all for streamlining the counseling process but there are still situations in which individuals have received a positive result and either spun into clinical depression or committed suicide."

Similar questions were raised in the late 1970s when the first at home pregnancy test was approved for sale, Carballo-Dieguez pointed out. Self-testing for pregnancy, he said, is no longer controversial.

"I think you can draw some parallels," said Philpott. "On the other hand, pregnancy is not a life-threatening illness. Pregnancy is for many people a very positive thing."

Philpott believes that today's society in the U.S. just isn't quite ready for the test. A campaign to encourage gay men to test themselves ran in New York City during March 2012 with the tag line "testing makes us stronger." The posters at Atlantic Station in Brooklyn were vandalized with stickers covering the faces of models with the words "God have mercy."

Even in cosmopolitan New York stigmatization of the condition is still an issue.

He suspects that Europe may be the better place to effectively utilize the test – at first. “In Europe,” he says, “sex isn’t something dirty that you don't talk about -- there's less stigma".

Many students in the UK actively seek out HIV testing, even though they don't believe themselves to have contracted the virus. Vishnu Parameshwaran, a senior at Oxford University, is one such example. He says that he gets tested quite frequently because he likes "to have a clean bill of health at all times."

Parameshwaran would welcome and probably use the test: "for me it would just be a lot easier."

Apart from intercourse, contaminated needles are a major HIV transmitter, making drug users a high-risk group. "I could see this helping our clients," says Craig Bosomworth, a drugs counselor at HARCAS, a UK-based charity devoted to help those affected by addictive behavior.

Bosomworth could imagine his clients using the test in combination with counseling, but feels uneasy about handing the test out for his clients to use at their own convenience.

Philpott will likely study the legacy of the test, should it be approved. Carballo-Dieguez is already conducting a follow-up study that he hopes to publish in time for the AIDS 2012 conference, which for the first time in 20 years will be held in the U.S. again, thanks to relaxed policies that used to restrict HIV positive people from travelling to the U.S.

A Gelatinous Drifter May Get Ahead By Eating Its Babies

Albino Sharks of the Deep