The Math of Hunting and Fishing: When to Work Together

The Math of Hunting and Fishing: When to Work Together

Here's how to identify when a lone-wolf strategy is better than sharing information. 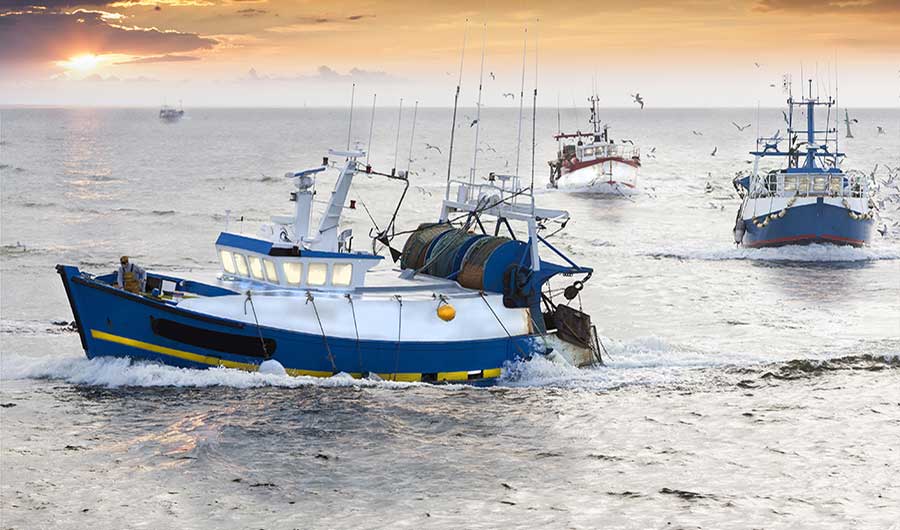 (Inside Science) -- If you're a fisherman, you might be inclined to keep your favorite fishing spot a secret and keep more fish for yourself. But sometimes it helps to tell others. They may return the favor and tell you about other great places.

It's a dilemma that also faces hunters, wild predators like lions, or anyone else searching for a limited resource. When should you share information, and when should you go at it alone? A new study might have some answers.

Researchers developed a mathematical model that can lead to predictive tools for managing fisheries, wildlife conservation and logging. It may even apply to social or financial scenarios like dating or identifying the best stocks to invest in.

These situations are usually complex. But, as the model shows, at their hearts are relatively simple principles.

"Such simple intuitions can actually predict things quantitatively," said Matthieu Barbier, an applied mathematician at the Centre for Biodiversity Theory and Modeling in Paris. "Simple patterns do really emerge from all this complexity."

Barbier and James R. Watson of the Stockholm Resilience Centre, in Sweden, describe their work in a published today in the journal PLOS Computational Biology.

They found that the best strategy depends on the mobility of the prey. Big schools of tuna, for example, cruise through the ocean, and while they may be in one place today, they won't return tomorrow.

In this case, it's better for anglers to share the tuna's location. There are plenty of fish in the sea, and their location is only valid for a limited time. Tomorrow, the tuna will be somewhere else, and if you have multiple boats searching and working together, they will have a better chance of finding the fish.

But if you're looking for bottom-dwelling fish like cod, flounder or rockfish, which tend to stay local, then it's better to fish alone. You can keep coming back to the same place over and over again with less competition.

Being solitary doesn't necessarily mean being selfish, either. If everyone converges on one particular spot, no one is looking for other potentially bountiful locations. In the case of less mobile fish, it's more efficient for everyone if multiple fishermen are constantly hunting for new locales.

In a yet-to-be published analysis, the researchers are already showing this might be the case for the fish industry on the West Coast. Companies demanding specific yields often tell fishermen where to fish. But letting fishermen be more independent, without sharing information, might actually be the most efficient option, Barbier said.

The model did reveal something less intuitive. In some situations, it may only be beneficial to have total collaboration or total independence. Anything in between would be inefficient. Because people and animals tend to change behavior gradually, they may never try the extreme case and discover that it's the optimum strategy.

For example, if solitary fishing is actually the best strategy, fishermen who are used to working together may never realize it's better to be alone. Fishermen who try to be more solitary won't suddenly stop calling their colleagues. They would probably reduce contact gradually. But if this in-between state of less cooperation turns out to bring less fish, then they might assume that no cooperation would be even worse. They never try fishing alone, even if it's the best approach.

"The pay-off is going to be worse and worse before it starts getting better," said Andrew Hein, an ecologist at the University of California, Santa Cruz, who wasn't part of this work. "That was the most unexpected finding."

The analysis, which combines a simple, pen-and-paper mathematical model with a more complex computer simulation of how predators hunt for prey over time and space, was originally done with commercial fishing in mind, Barbier said. But the ideas are general enough to apply to a wide range of problems and situations. And it can be a tool for conservation.

For example, Hein said, this kind of model can make fishing more sustainable. If fishermen are more efficient, they can catch the same amount of fish in a shorter time. Fishery managers could then shorten the season, reducing the impact on the environment.

"It's really a nice piece of work that gives a broad perspective on a really general problem of how we and other animals find stuff in their environments," Hein said.

Severe Marine Heat Waves Linked to Human-Caused Warming
Infographic: How a Geiger Counter Works
Tumors Under Physical Stress Inside the Body May Not Respond as Well to Chemotherapy
This Long-Tailed Bird Makes Sounds With Its Feathers in Different Accents
Jeweled Orb-Web Spiders Mimic Flowers to Catch Pollinating Insects
END_OF_DOCUMENT_TOKEN_TO_BE_REPLACED