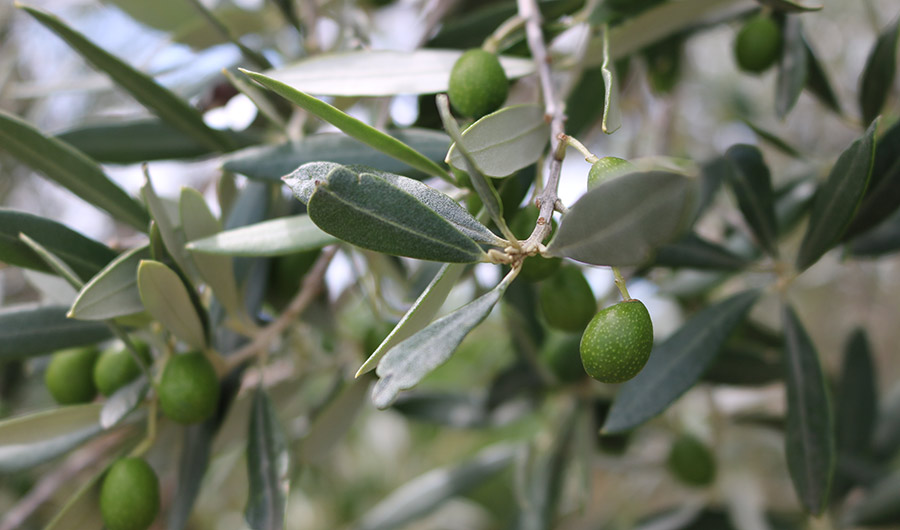 (Inside Science) -- Researchers at a European science center have developed a camera that spots an incurable infection in olive trees before the disease symptoms appear.

The disease is called Olive Quick Decline Syndrome and it is caused by the bacterium Xylella fastidiosa. The bacterium can wipe out entire orchards of trees hundreds of years old. The infestation is particularly severe in Italy's Puglia region -- the heel of the country's boot -- but there have been outbreaks in Spain and the French Riviera, and now the disease threatens trees in Portugal, Corsica, Albania, Montenegro, Greece and Turkey. Almond trees in Spain and California are also threatened with infection.

The disease is spread by sap-eating leafhopper insects such as sharpshooters and spittlebugs. Spotting infected trees early helps determine which trees to chop down before the infection spreads.

The bacteria are subspecies of the organism that causes Pierce's disease, a disease that devastated California vineyards several times in the last century, costing $100 million a year to control and prevent, according to Alexander Purcell, emeritus professor of environmental science at the University of California, Berkeley. Another subspecies also strikes at citrus trees.

In a letter to the journal Nature Plants, Pablo J. Zarco-Tejada of the European Commission, Joint Research Center in Ispra, Italy, and his colleagues from across Europe wrote that the Xylella infestation is "the most dangerous plant bacteria worldwide, causing several diseases with profound impacts on agriculture and the environment."

The infection causes leaf scorching diseases. The insects feed on the xylem tissue of the trees, which transports water from one part of the plant to another. The first signs of disease appear in twigs and move through the branches to the crown of the plant, giving it a scorched look. It can take two months from the time the first symptoms are seen to the death of the plant. Insects and fallen parts of infected trees spread the infection to other trees.

The bacteria began in the Americas and spread to Europe in 2013. It has now also been found in Taiwan and Iran.

The trees are doomed as soon as the bugs arrive. Attempts at using insecticides against the bugs were too expensive and inefficient. There is no cure. The best approach is to isolate infected trees by chopping them down.

"The greatest economic damage may be the effects of Xylella-caused disease on forest ecology," Purcell said, "a totally unstudied subject."

The cultural impact could even be greater, Purcell said.

"In southern Italy it is a socio-economic problem, as the ancient olive trees are part of the heritage," Zarco-Tejada said.

The remote imaging cameras, which can fit on drones or in small planes, take images across the electromagnetic spectrum. They are capable of imaging an entire orchard at one time and mapping across orchards.

"We use two different cameras, one of them is thermal, the other one is hyperspectral," Zarco-Tejada said.

The thermal camera produces images of the tree's surface, from which the scientists are able to extract the temperature of the tree's crown.

"The hyperspectral camera scans the surface, and for each pixel we obtain the entire reflected radiation in more than 250 narrow spectral bands. We use the spectral signatures from each single tree crown to quantify the plant traits, evaluating the deviation from those of healthy trees," said Zarco-Tejada. "The cameras are lightweight, less than 1 kilogram each, and they obtain high resolution images."

The images are 80 percent accurate, he said. They spot trees not obviously infected so the farmers can cut them down before the disease can spread to unaffected trees, similar to how doctors isolate human victims of infectious diseases. In many cases the disease now spreads from one tree to another undetected.

The picture isn't entirely gloomy for the olive tree. Scientists have found some olive trees that resist the infection. They might be used for grafts on infected trees. Studies have also found that extensive pruning might save some infected trees.