While groups have won the Nobel Peace Prize, the science prizes have been limited to three individuals per prize per year.
Image 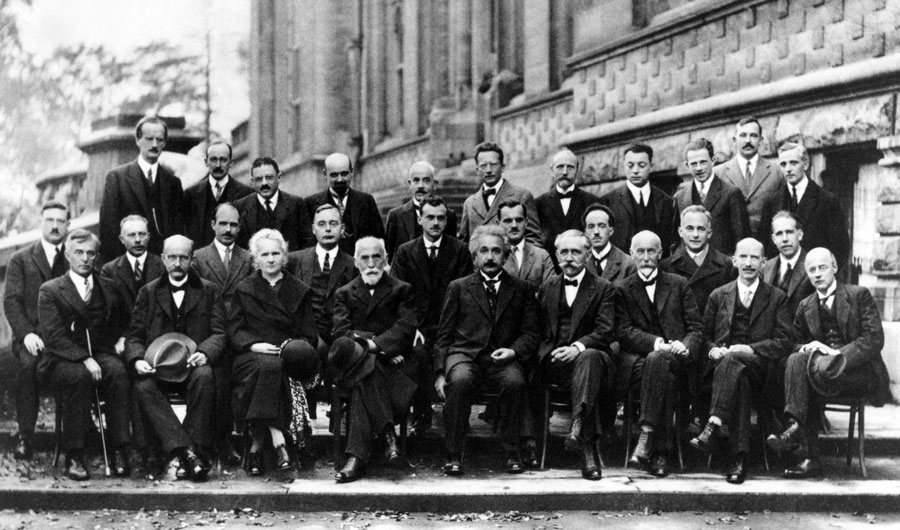 Attendees of the 1927 Solvay Conference on Quantum Mechanics, where some of the most significant figures in modern physics exchanged ideas.

(Inside Science) -- When this year’s Nobel Prize in physics was announced for research related to black holes, I was expecting to hear the name of someone from the Event Horizon Telescope collaboration, which released the first photo of a black hole last year. The image -- a fuzzy orange donut -- captured the world’s attention and plastered the internet in 2019.

When Alfred Nobel penned his will in 1895, he stated that his prizes should go to “those who, during the preceding year, shall have conferred the greatest benefit to humankind.” And what research from 2019 had contributed more to our understanding of black holes than the now famous picture?

Just to be clear, this year’s laureates are by no means undeserving of the prize. The monumental achievements by Roger Penrose, Reinhard Genzel and Andrea Ghez have forever changed the way we look at the universe, taking black holes from the realm of science fiction and placing them firmly in the domain of science. They represent some of the biggest leaps in our understanding of these dark and mysterious entities since John Michell speculated about them in 1783 and Albert Einstein hinted at their existence through his general theory of relativity in 1913.

However, it is not unreasonable to think that last year’s black hole image -- the elephant in the room -- may have influenced the committee to put black holes in the spotlight for this year’s award. Otherwise, why now?

Bound by statutes to limit the prize to just three individuals, the Nobel committee has exhibited a habit of honoring individual pioneers who many years ago laid the foundations for more recent, explosive discoveries. This unwritten custom, while not harmful in principle, can run into practical challenges and questions of fairness.

Firstly, because the Nobel committee also does not award the prizes posthumously, the person who is responsible for fundamental, early work may not be alive by the time it culminates. Stephen Hawking was a pivotal figure in the field of black hole theories, no less important than Penrose. If he had not passed away in 2018, he might very well have been one of the laureates this year.

We have previously written on how this situation affected Ronald Drever, who helped develop the experimental techniques for detecting gravitational waves but died before the 2017 prize was awarded; Vadim Berezinskii, who was one-third of the trio named in the Berezinskii–Kosterlitz–Thouless transition, a discovery in materials science that won the 2016 prize; and Vera Rubin, a pioneer in dark matter studies whose field is yet to be honored by the prize.

A second issue is that by limiting the award to just three individuals, the prizes inadvertently propagate the idea of “lone geniuses” in science, an increasingly antiquated concept that scientific breakthroughs come from the work of exceptionally gifted individuals instead of the collective work of hundreds and sometimes thousands of hardworking scientists.

While the idea may have been justifiable a hundred years ago, when Einstein appeared as the only author on his Nobel-winning paper on the photoelectric effect in 1905, science has changed a lot since then. For example, the network of national research facilities born out of the Manhattan Project and the ongoing international collaboration to decipher the physics of nuclear fusion both illustrate how much science has become the work of large teams.

Here we applaud the thousands of scientists behind some of the biggest discoveries from the last 10 years. While the Nobel committee recognized a few prominent individuals connected to these ideas, the science was truly a team effort. 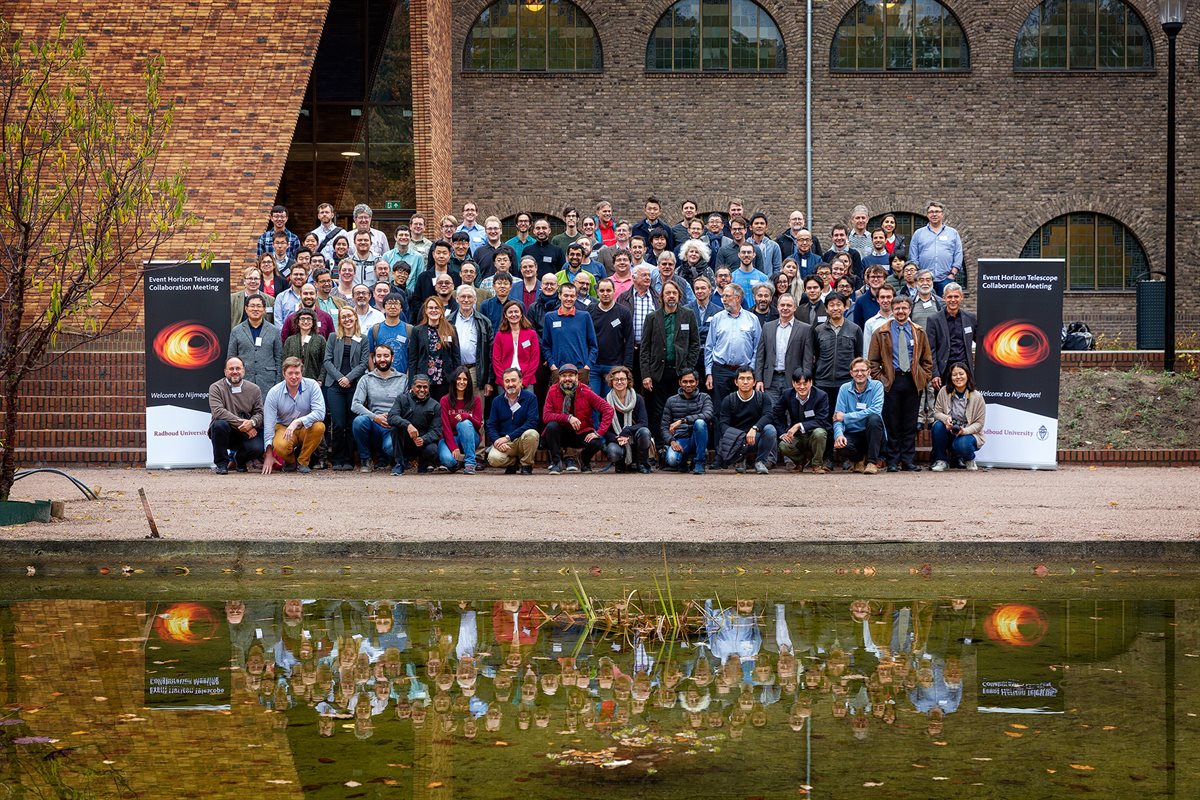 The Event Horizon Telescope collaboration in 2018.

The 350 authors listed on the paper by the Event Horizon Telescope collaboration in which they reveal the first ever image of a black hole, titled "The Shadow of the Supermassive Black Hole."

The 1,255 authors listed on the paper in which the Large Interferometer Gravitational-Wave Observatory collaboration announced the first ever detection of gravitational waves, titled "GW190521: A Binary Black Hole Merger with a Total Mass of 150 M⊙."

The 121 authors listed on the paper in which the Super-Kamiokande collaboration announced one of the first detections of neutrinos, titled "Evidence for Oscillation of Atmospheric Neutrinos," and the 179 authors listed on a paper with similar significance by the Sudbury Neutrino Observatory, titled "Direct Evidence for Neutrino Flavor Transformation from Neutral-Current Interactions in the Sudbury Neutrino Observatory." 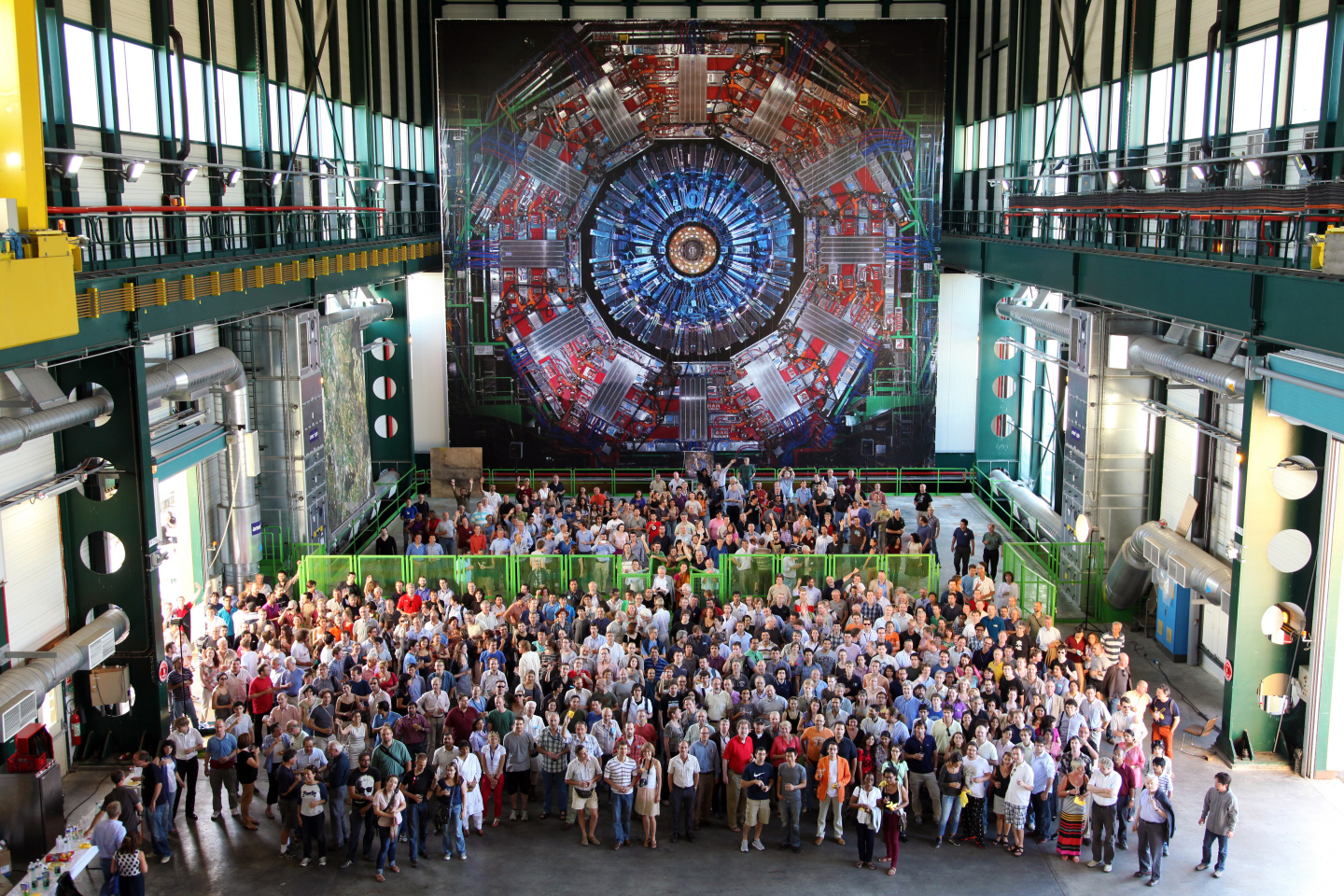 The CMS collaboration at the Large Hadron Collider in Europe. Taken in 2012.

On a side note, when there are simply too many authors to be ranked by seniority or by contribution to the project, their names are often listed in alphabetical order in the paper. So, if you are a scientist trying to top the bill at the LHC, make sure your last name has more A’s than Morad Aaboud, the current alphabetically superior author at the LHC, who has ousted the previous champion Georges Aad since 2016.

The ginormous author list of the LHC paper -- which took up 25 pages for an otherwise eight-page paper -- was perhaps the first prominent example of a Nobel-worthy discovery by a large team.

The experimental confirmation of the Higgs boson in 2012 prompted the 2013 award of a Nobel Prize to François Englert and Peter Higgs. Englert’s breakthrough came in 1964 when he co-write a paper with Robert Brout titled "Broken Symmetry and the Mass of Gauge Vector Mesons." Brout passed away in 2011.

Peter Higgs’ paper was published two months later, titled "Broken Symmetries and the Masses of Gauge Bosons." Higgs was the only author on the paper.