The movie gives a shout-out to Euler's Method -- a centuries-old math technique. Did it really help send astronauts into orbit?
Image 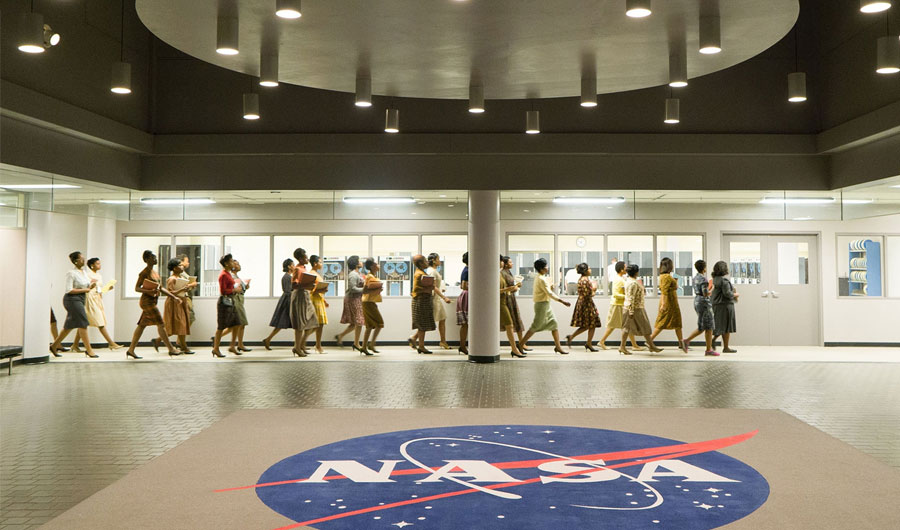 (Inside Science) -- Math plays a starring role in the movie "Hidden Figures," which is nominated for three Oscars, including Best Picture, at this weekend's Academy Awards.

Adapted from a book of the same name by Margot Lee Shetterly, the movie chronicles the grit and ultimate triumphs of three African-American women working as "human computers" for NASA in the segregated south during the space race. The film's standout math whiz is Katherine Goble Johnson. During a pivotal scene, Johnson and a team of white, male engineers are staring at a blackboard, trying to solve equations for the trajectory of astronaut John Glenn's space capsule. They're stumped until Johnson hits upon a solution: "Euler's Method," she says. "That's ancient," says one of the engineers incredulously. "Yes. But it works," she counters. "It works numerically."

The scene -- and indeed the timing of key details in the film -- is clearly dramatized for Hollywood, but it raises the questions: What exactly is Euler's Method? And did Katherine Johnson actually use it to help send astronauts into orbit in the 1960s?

First off, Euler's Method is indeed pretty old, if not exactly ancient. It was developed by Leonhard Euler (pronounced oy-ler), a prolific Swiss mathematician who lived 1707-1783. "He was one of the greatest in history," said Po-Shen Loh, a mathematician at Carnegie Mellon University in Pittsburgh. What has come to be known as Euler's Method is just a tiny fraction of his legendary contributions.

The method tackles what many people may not realize is a common challenge in math -- often the equations just can't be solved exactly. When that happens, mathematicians must figure out ways to approximate the answers for specific situations.

Euler's method is one such technique applied to what is called a differential equation. These equations often show up, among many other places, in physics problems that describe the path of a moving object subject to changing forces. For example, when a capsule is flying through space, gravity is constantly tugging at it. How hard gravity pulls is related to distance, so as the spacecraft gets nearer to or farther away from Earth, the forces on it also change.

One way to visualize the meaning of the equations could be as ocean currents, Loh said. As you travel through the water, the currents change direction and speed. If you're planning to navigate from a remote island on a raft, you'd want to determine exactly how you'd float through the water, which is a pathway made up of infinitely many points -- analogous to an exact solution to a differential equation.

Sometimes, however, it's impossible to get this comprehensive, ideal solution. Instead, as you drift along, you could measure the current at regular time intervals. By knowing your starting point and assuming the current stays roughly constant between readings, you could plot an approximate trajectory. This process of calculating solutions at discrete points and connecting them is essentially Euler's Method, Loh said.

The method works best when the points are close together and when the solution changes slowly and smoothly, because errors can accumulate at each step of the process.

Approximating a pathway made up of infinitely many points, by linking together a finite number of calculations, is an example of something called a numerical approach in mathematics. That's what Johnson's character in the movie means when she says Euler's Method works "numerically."

Euler's Method is one of the simplest of many numerical methods that now exist for solving differential equations.

Rudy Horne, a mathematician at Morehouse College in Atlanta, was the math advisor to the movie, and it was he who suggested Euler's Method for the key blackboard scene.

“[Director Theodore Melfi] really liked that concept,” Horne said in an interview with NPR station KGOU. “I didn't expect him to, but he actually put that into the script.”

The scene focuses on how to get John Glenn's capsule back to Earth, and Horne says NASA had derived a set of differential equations in the late 1950s to describe the re-entry.

Euler's Method is one way to solve the equations, Horne said, which is why he proposed it for the film.

"The work for solving these coupled differential equations was done by the whole team of researchers at NASA and possibly in part by Katherine Johnson," Horne wrote in an email to Inside Science.

Katherine Johnson began work at the National Advisory Committee for Aeronautics, the predecessor to NASA, in 1953. She analyzed test flight data and helped calculate the trajectory of the first American manned space flight, Alan Shepard's 1961 trip. In 1960, she became the first woman in the Space Flight Division to coauthor a published technical report.

In the report Johnson and engineer Ted Skopinski work through some of the key calculations needed to make sure an orbiting space capsule passes over a specified latitude and longitude on the Earth. Such calculations were essential so that the Navy could be at the right place to rescue the astronaut once he splashed down in the ocean, and are discussed in the movie "Hidden Figures" when Johnson's character is first allowed to attend a daily briefing.

Johnson and Skopinski's calculations draw upon multiple branches of math and require numerical methods. Complicating the picture is the fact that the Earth is not a perfect sphere, as assumed in idealized orbital mechanics calculations, but bulges slightly in the middle, like a squashed ball, which causes the capsule's orbit to shift slightly over time.

"It's really a heroic calculation," said Steve Strogatz, a mathematician at Cornell University in Ithaca, New York, after reading the technical paper. "John Glenn isn't the only hero in this."

In the movie, highlighting Euler's Method works as a dramatic plot device. But the full extent of the math that Katherine Johnson and the other women and men of NASA used to send astronauts safely into space and back is much richer and deeper than any one approach.